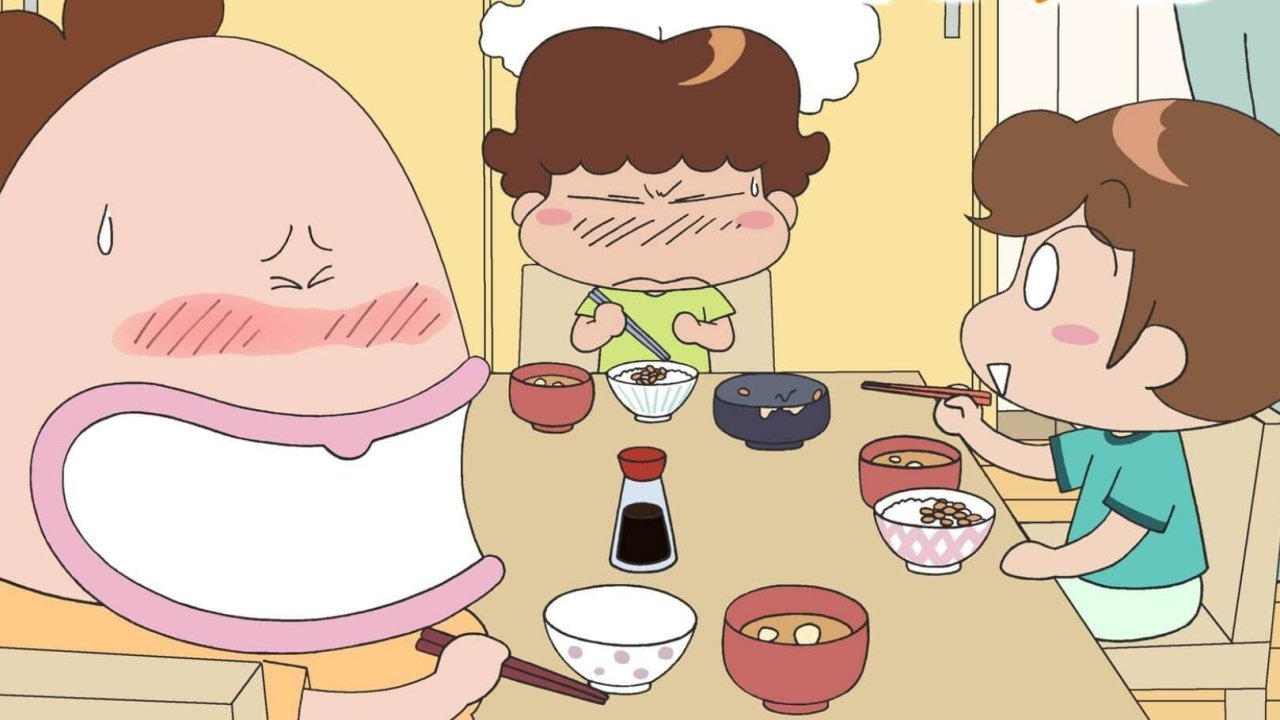 Shin-Ei Animation Co., Ltd. And AlphaBoat LLC. have begun a collaborative effort to create and operate an official YouTube channel for the immensely popular anime series Atashin’chi (the original manga version by Eiko Kera is being newly published in serial form on the AERA magazine since December 2019). AlphaBoat will be managing the official YouTube channel and the official Twitter, as well as providing copyright management services.

Atashin’chi, based on the manga original by Eika Kera, describes the everyday life of the Tachibana family: Mother, who tries her best in everything she does despite her clumsiness; Father, who says little and insists on doing everything his way; Mikan, a high school romantic; and Yuzuhiko, who might appear to be emotionless at first glance but is quite naïve.

You will find yourself smiling at the little stories found in the everyday lives of this immensely relatable quintessential Japanese family.

The unusual Mother is proving to be especially popular. The song “Red Rose of Passion” that she hums often in the series has left a strong impression on many viewers. Not a few of them will have caught themselves unknowingly humming along to the song as she does.

Her fame even took her beyond her anime roots, making her the centerpiece of a monthly educational campaign poster for the “Reduce, Reuse, Recycle” campaign promoted by Japan’s Ministry of Economy, Trade, and Industry in 2003. She also took fourth place in Taiwan’s “Venerated Mother Rankings” (based on data from internet trends analytics site ‘DailyView’ in 2014), proving her popularity even outside Japan.

The new official Atashin’chi YouTube channel will be used to distribute (at no cost) past episodes of the anime series (2002-2009 Atashin’chi, 2015-2016 New Atashin’chi) in their original order, as well as channel-exclusive content such as ‘Red Rose of Passion’ collections and highlight reels, among others. The content is a must-see, and not just for fans of the series.

The author of the original manga, Eiko Kera, commented that she was also excited about the new YouTube official channel and the upcoming content releases.

▼The Official Atashin’chi YouTube Channel
・ Release schedule
Approximately 270 episodes are set to be released from 15 May 2020 (Friday) to March 2021
※Two episodes will be released every weekday during the first month and in the ensuing months two episodes each on Monday, Wednesday, and Friday
※The release schedule is subject to change.
※Release period differs for each episode.

Born in Tokyo in 1962, in 1994, she began to publish Atashin’chi, a manga about everyday life events based on her own family, on the Sunday edition of the Yomiuri Shimbun. The series was also adapted for anime and film later on. (The anime series were aired in 2002-2009 and 2015-2016.) Atashin’chi was awarded the 42nd Bungeishunjū Manga Award in 1996. The immensely popular series has been translated into various languages and published internationally. Though the series officially ended in 2012, ending its 18-year run of serialization, it began to be serialized anew in December 2019 on the magazine AERAand continues to do so up to the present moment.

Founded in Tokyo in 1976, Shin-Ei Animation is a Japanese animation studio with deep roots that will be celebrating its 45th anniversary in 2021.

Shin-Ei Animation is also involved in licensing, such as managing both the international and domestic sales of created works and their distribution in video form.

Shin-Ei Animation focuses its efforts on creating video content that people of all ages can enjoy and derivative projects involving not only works currently being aired but past works as well.

AlphaBoat is a joint creative social entertainment partnership established in July 2018 between SC Digital Media (a subsidiary company of Sumimoto that spearheads its digital media efforts), Toho (a major film & movie studio with a brilliant 80-year track record), and the U.S. company Fullscreen.

AlphaBoat provides a wide spectrum of social entertainment through content tailored for social media as well as management services for social creators such as YouTubers and Instagram influencers, digital content production services (planning, creation, management) for celebrities and artists, and management of company social media accounts.