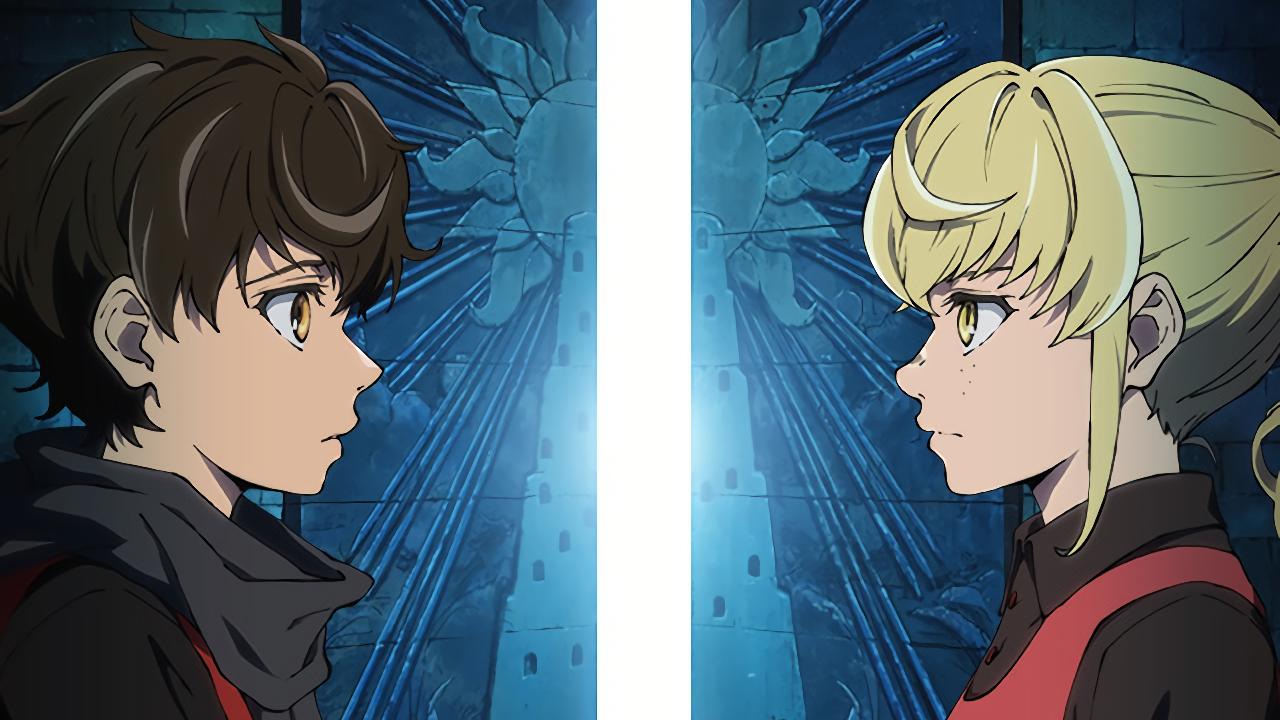 The anime streaming platform, Crunchyroll officially unveils the slate of Crunchyroll Originals. Eight titles from adventure, fantasy to romance, including the ongoing In/Spectre anime that make debut in January 2020.

From those eight titles, three of them are adaptation from Webtoon series, Tower of God, The God of Highschool and Noblesse. 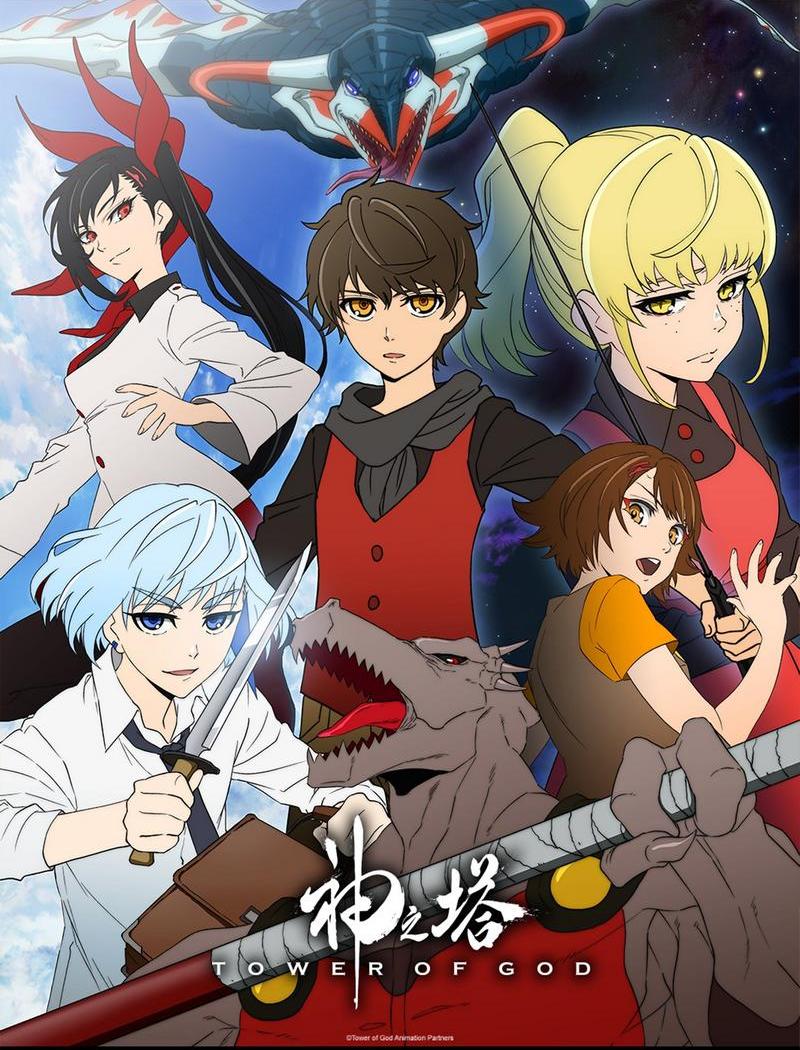 Tower of God is Manhwa series (Korean webtoon) written by Korean artist Lee Jong-hwi or known as SIU. The series started on Naver Webtoon since 2010 and updated weekly. In 2014, Line Webtoon began an official translation and currently released every Sunday.

Sets in a place called Talse Uzer Story universe, follow a boy called Twenty-Fifth Bam. He chases his childhood friend, Bam who try to enters the vast and myserious Tower. He tries to find his friend in the tower and faces challenges at every floor of the tower.

Crunchyroll announced that Tower of God produced by Telecom Animation Film and set to release on the platform 1 April 2020.

Here is the synopsis by Cruncyroll:

Reach the top, and everything will be yours.
At the top of the tower exists everything in this world, and all of it can be yours.
You can become a god.
This is the story of the beginning and the end of Rachel, the girl who climbed the tower so she could see the stars, and Bam, the boy who needed nothing but her.

The anime will available in North America, Central America, South America, Europe, Africa, Oceania, and the Middle East. The official stated that the anime will simultaneous release in Japan, South Korea and United States.

2. The God of High School 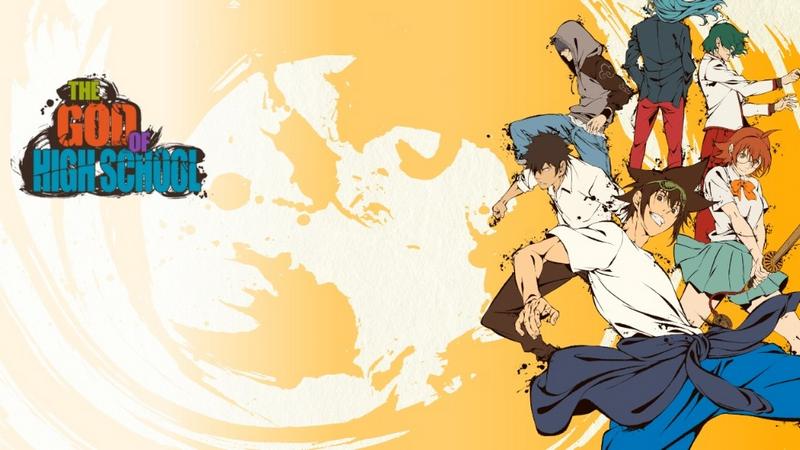 The God of Highs School is a Korean Manhwa series written by Park Yong Jae. Published first on Naver Webtoon on 8 April 2011 and launhed in Line Webtoon from July 2014. The series inspired a mobile game and an OVA.

The stry follow a Jin Mo-Ri, the 17 years old martial artis from Seoul, South Korea. A mysterious organization sends out invitations to every skilled fighter in the world to participate on the event called The God of High School. “If you win you can have ANYTHING you want.” they said as they are recruiting only the best. Jin Mo-Ri invites by blonde-haired man, and only agrees to fight when blonde haired man can knocks him ut in one punch.

Crunchyroll announced the anime as one of the eight Crunchyroll Originals and produced by MAPPA.

A Crunchyroll Original, based on the comic series “The God of High School” created by Yongje Park and published by WEBTOON, this action-packed series follows a high schooler and his friends as they compete in an epic tournament, borrowing power directly from the gods and uncovering a mysterious organization along the way… With the promise of their heart’s deepest desires, motivating their tournament victory. Animation produced by MAPPA. Production Management provided by SOLA ENTERTAINMENT. Coming soon on Crunchyroll. 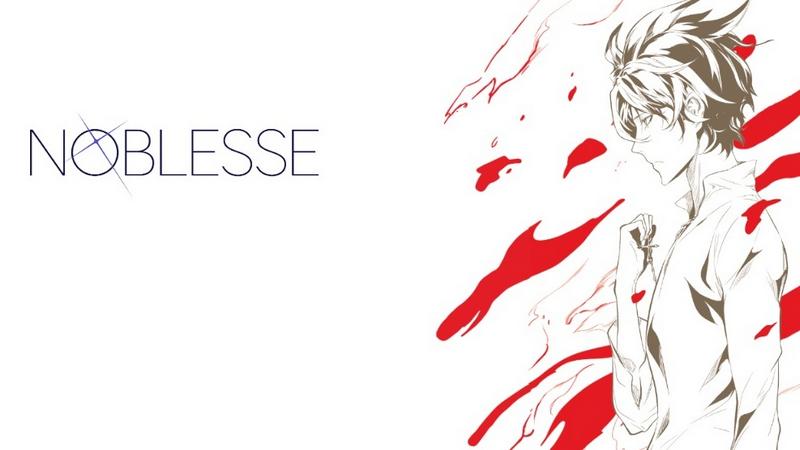 Noblesse is Korean Manhwa written by Son Jae Ho and illustrated by Lee Gwang Su. Published first on Naver Webtoon on 30 December 2007 and ended on 7 January 2019 in total 6 volumes. The series launched in Line Webtoon in July 2014, and inspired two OVA in 2015 and 2016. WEBTOONS also published a spinoff title Noblesse: Rai's Adventure in 2016.

The series follow Cadis Etrama Di Raizel, a powerful Noble who has been asleep for 820 years without knowing about makind's advancement. One day, Rai wakes up in South Korea in an abandoned building. Wants to get used to the modern world, he enrolls Ye Ran high school with help from his loyal servant Frankenstein. There, he become friend with Shinwoo who an athletic teenager, Ikhan who an computer geek and Yuna who is Shinwoo's crush. The dangerous adventures against a secret organization begin as they uncovering Rai's past.

Along with Tower of God, and The God of High School, Noblesse anime adaptation will coming to Crunchyroll soon and animated by Production I.G.

A Crunchyroll Original, based on the comic series “The God of High School” created by Yongje Park and published by WEBTOON, this action-packed series follows a high schooler and his friends as they compete in an epic tournament, borrowing power directly from the gods and uncovering a mysterious organization along the way… With the promise of their heart’s deepest desires, motivating their tournament victory. Animation produced by MAPPA. Production Management provided by SOLA ENTERTAINMENT. Coming soon on Crunchyroll.

Along with those three works, here is the other line-up of Cruncyroll Originals:
In/Spectre

In this Crunchyroll Original, supernatural romance mixes with an enthralling, fantastical mystery, as a duo sets out to solve a series of dark incidents plaguing their world. Airing now on Crunchyroll.

In this Crunchyroll Studios Production created by Sofia Alexander, a young Aztec boy is saved from death by the gods and chosen to act as ‘humanity’s champion,’ forced to discard his apathy toward his fellow man and prove humanity’s potential in a fight that spans across fantastical-yet-authentic Mesoamerican cultures. Premieres summer 2020 on Crunchyroll.

Japan 1870. We follow an ensemble of characters - a former samurai, a yakuza bodyguard, a devious spy and a geisha assassin - as they try to find their place in the rapidly evolving Meiji-era while escaping the sins of their pasts…Inspired by historical events. A Crunchyroll Studios Production. Coming soon on Crunchyroll.

After civilization comes to a sudden and crashing end, twelve 23-year-old psychics living in the rubble of London must check their wild impulses and discover their better angels in order to rebuild society. A Crunchyroll Studios Production based on the graphic novels by Warren Ellis & Paul Duffield. Coming soon on Crunchyroll.

In this Crunchyroll Studios production created by Raye Rodriguez, four fierce girls train to become great heroes at High Guardian Academy, where they form allegiances, uncover betrayals, and discover their true identities, while preparing to protect the world from an ominous unknown threat. Coming soon on Crunchyroll.

You can check more information about current and upcoming titles at Crunchyroll Originals site.