Top 20 Most Evil Anime Villains That Creep You Out 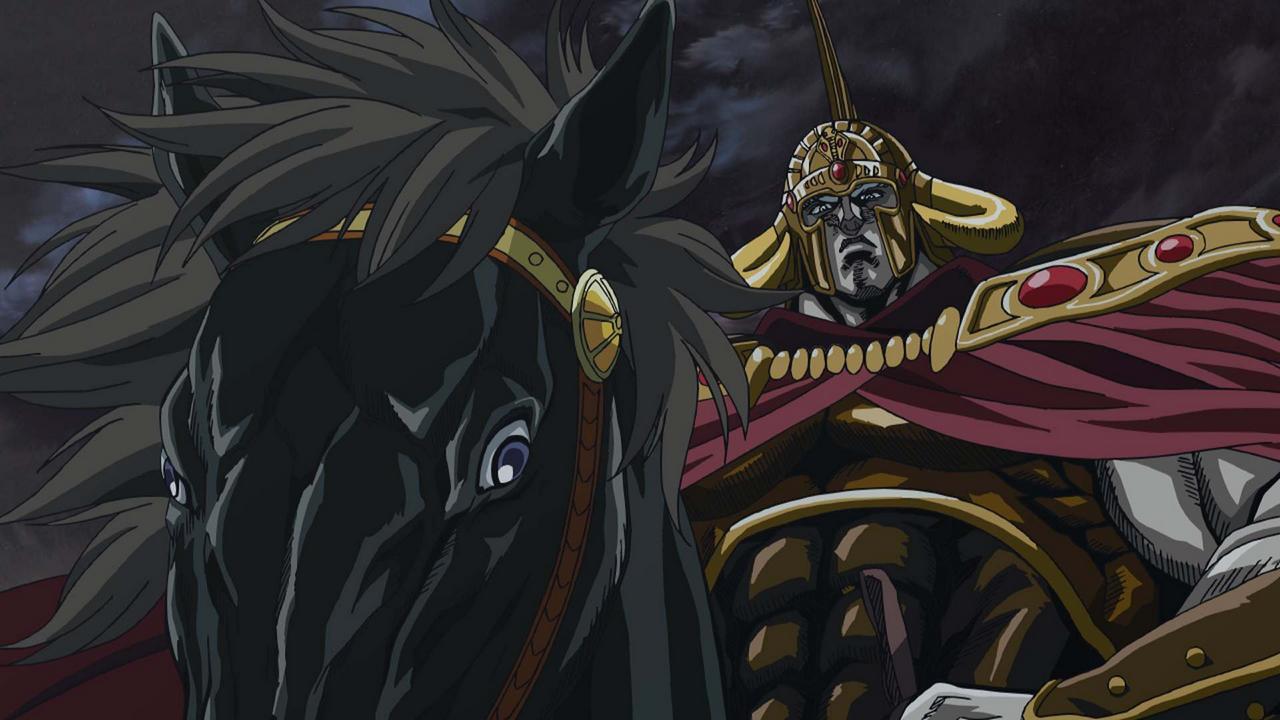 The presence of villains is necessary in battle and fantasy works. The more impressive villain, the better main character stands out, and the depth of story will be born. But, not all villain give a good impression for the fans.


Goo Ranking conducted a polling for the evilest anime villains. In the first place, we can see the self-claimed God of New World, Yagami Light. He is the person who had a heart of justice and was and honor student who can't forgive the crime, whatever the reason. When he accidentally obtaining Death Note, a book which can kill the people just by writing the name, he began to greatly kill all criminal, mercilessly.

Top 10 Bad Character with the Biggest Impact in Anime

Dragon Ball series have many villains, but Frezza remains as most vicious among other villains. He ranked second and followed by Meruem from HUNTER × HUNTER in third place. 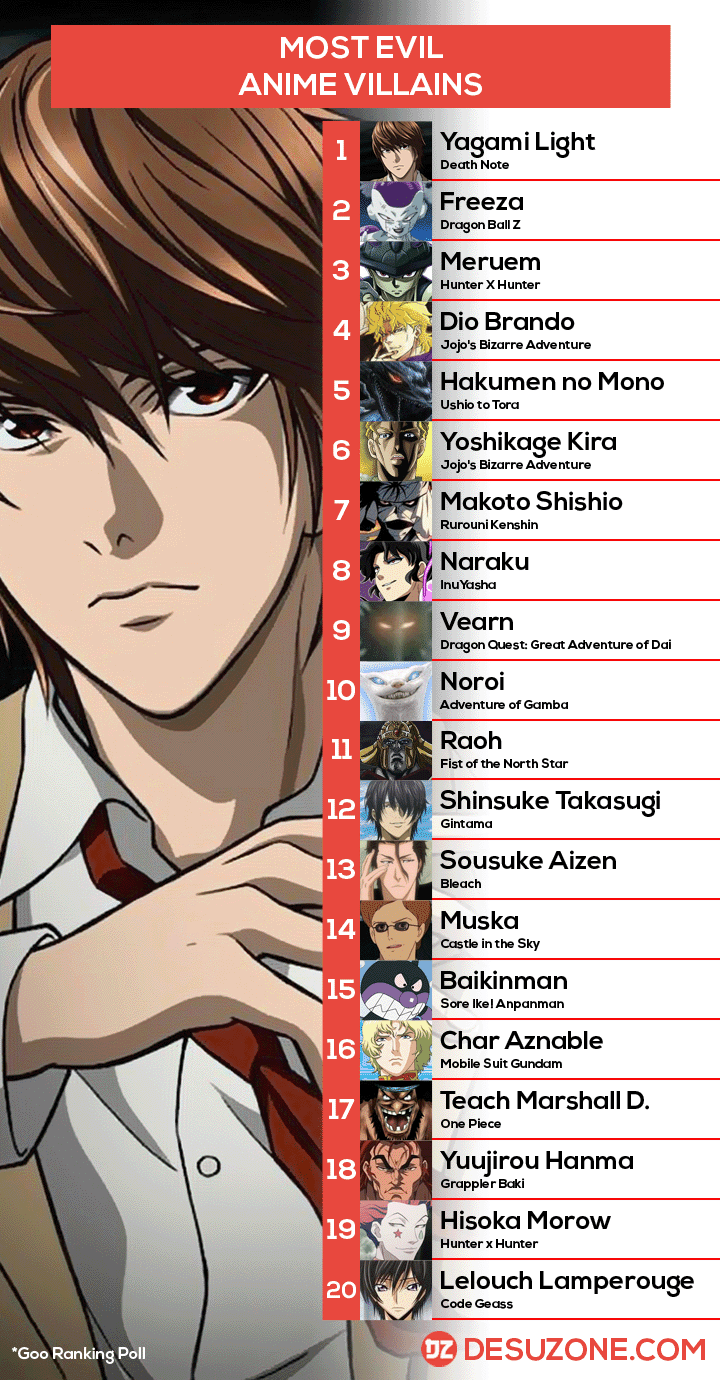