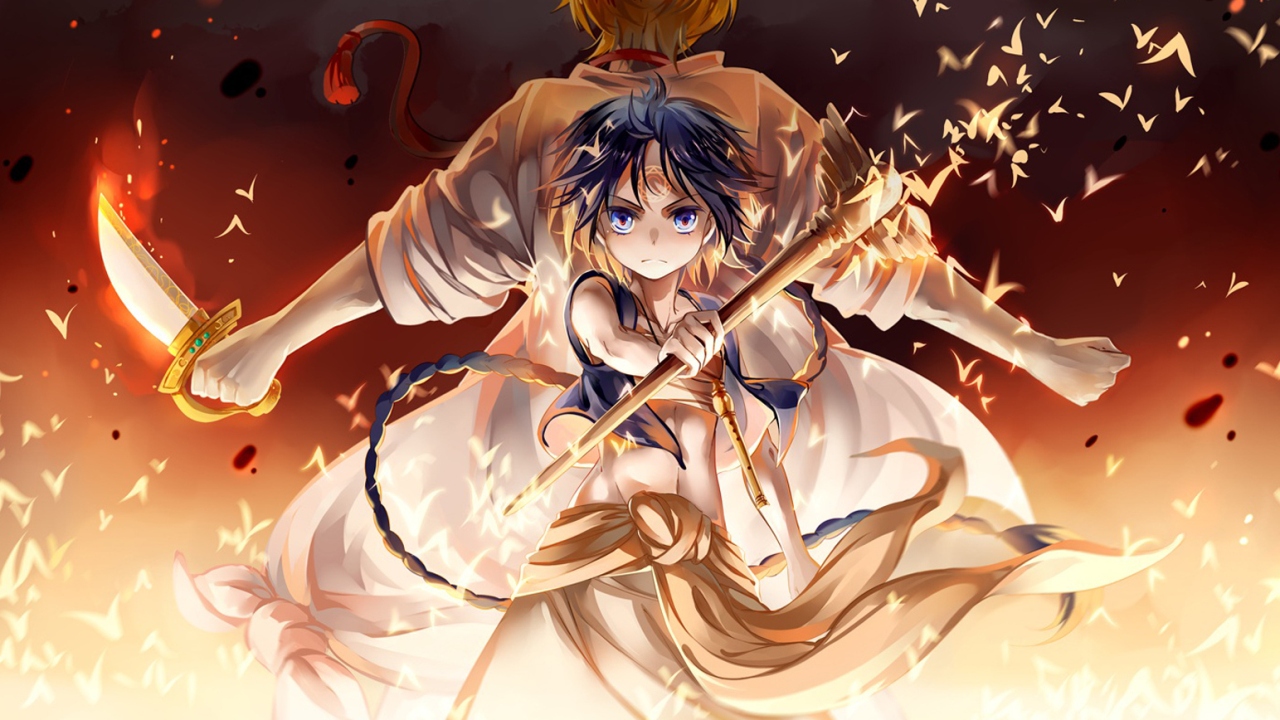 Fantasy anime usually using magic or supernatural elements and set in fantasy world for the story. Just like folktales, but in anime the story can more have various things.

The fantasy genre in anime identically with action genre, which tells of fight in a fantasy world with magic and something like myth that become real. 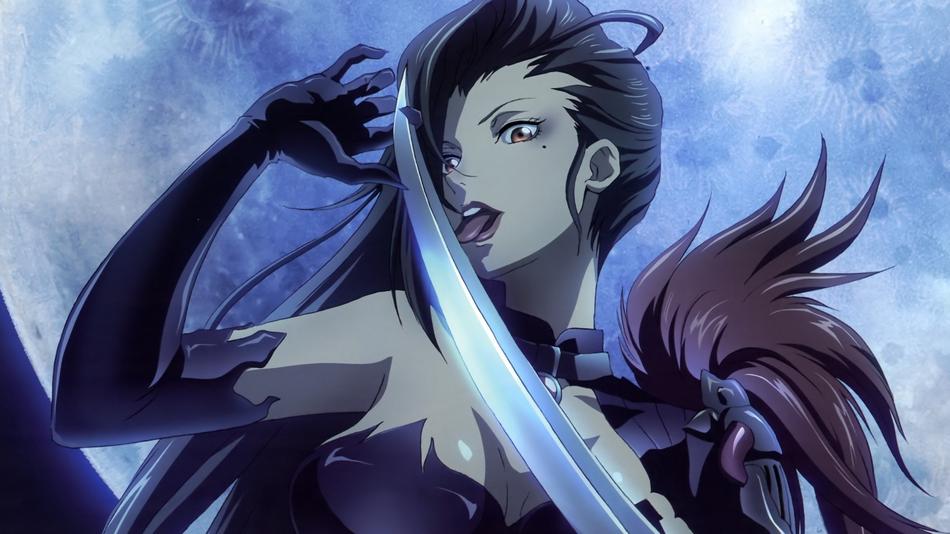 Story follow Alka, former Tsurugi clan who is haunted about her past memories as assassins. One day she met with people who wanted to kill her, but they are become friends. Although she not have to kill anymore, she still have to kill for survive.

Adapted by MMORPG by NCSoft with the same title, the series presenting quite a lot of fanservice, especially almost the girls characters have a large breast. Combat action still pretty cool, but maybe still lacking on the story and sometimes feel boring. 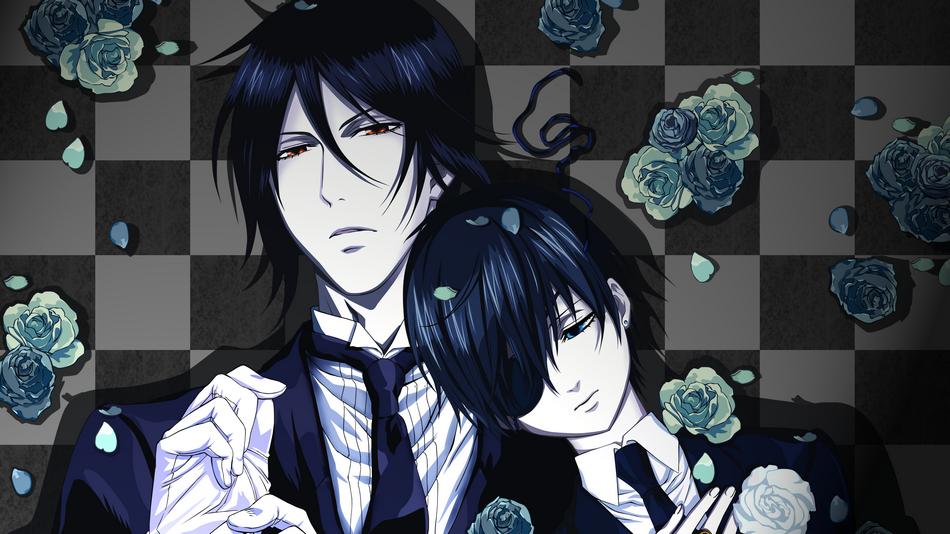 The background story is in British when still ruled by Queen Victoria, and Ciel is queen's "watchdogs" who guarding stability of the "other side" of the country.

Sebastion itself is a versatile waitress, and do all the homework without flaw. Ciel made a contract with Sebastion with his soul as payment to find the killer of his parents, so when the killer has been found the soul of Ciel will be devoured by Sebastian Ciel. 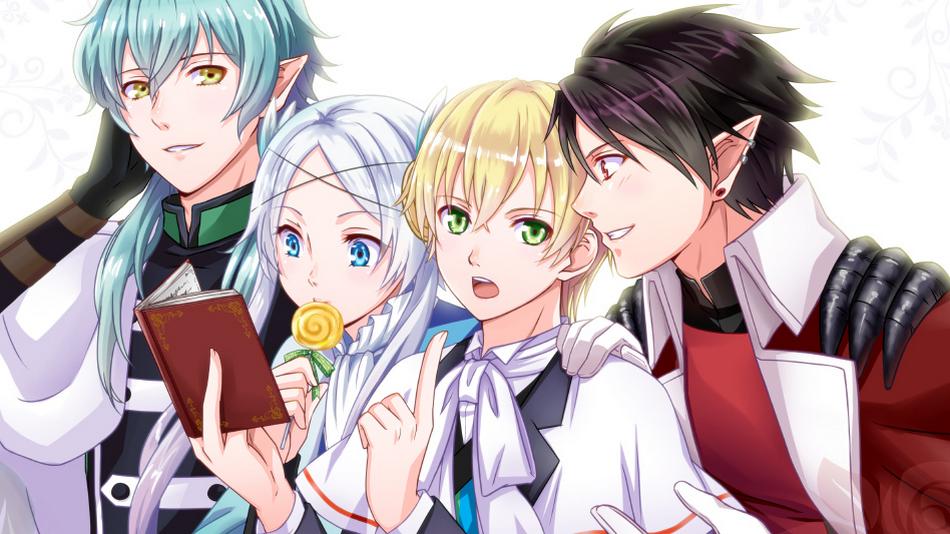 Story arround the William, son of noble family with highness intelligence. One day his uncle was broke and in order to maintain the reputation of his family, he and his servant looking anything that valuable. In that search, he found basement that contains the relics of his ancestors magic seal. William accidentally summons a demon named Dantalion, and he say William was the chosen one who can control the demon world.

The anime presenting jokes and funny scene, and you can say the anime is lightweight story but still worth. Story is unique, where a person with a high level of intelligence that not believe in supernatural things, suddenly heard himself will be rules the demon world by the devil itself. 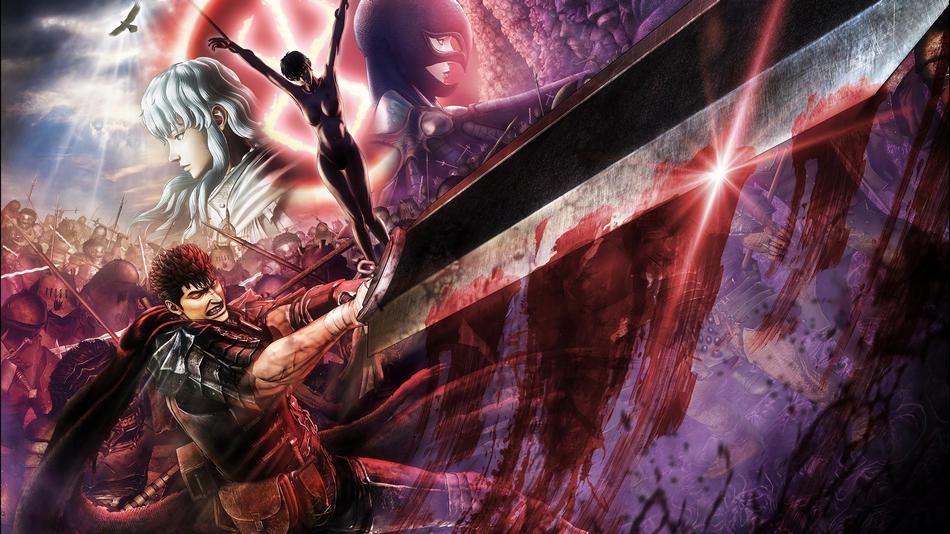 Berserk set in medieval era, the dark tale of a man who struggles to find her own way, throught many unimaginable tragedy that became of the beginning determination of destiny.

The main character is Guts, a young mercenary who was born from the mother body. The battlefield place where he is to survive. Till, he met Griffith who the leader of mercenary group Band of Hawk. With betting, Guts joined Griffith.

They eventually became highly respected by entire kingdom, until one day the figjt with an immortal enemy. They close to death, and the immortal said that Guts and Griffith friendship will turn into hostility.

11. Shingeki no Kyojin (Attack on Titan) 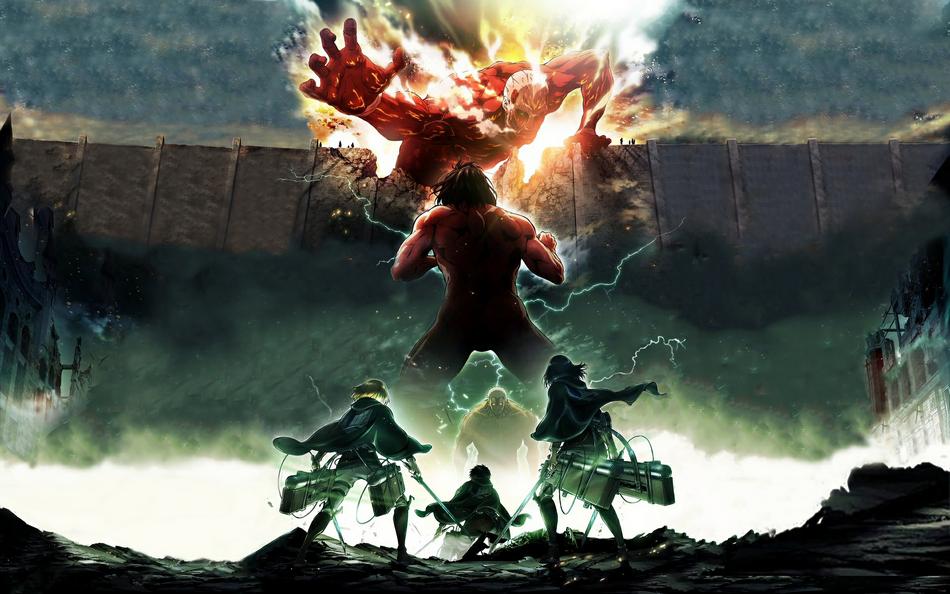 Tells about human civilization who surviving in the layered giant wall from the titan attack. Until one day, titan who has the largest size and taller than the wall appears and destroy the wall, so the smaller titan can enter to attack and feed humans.

Eren Jeager, the main character of this anime lost his mother because killed by the titan. Then, he decided to join the military and become a part of the Recon Corps assigned exclusively on the outside the wall. The military armed with 3D Manuver Gear, equipment that humans developed with wide range of motion to kill the titan by targeting behind the neck of the titan. 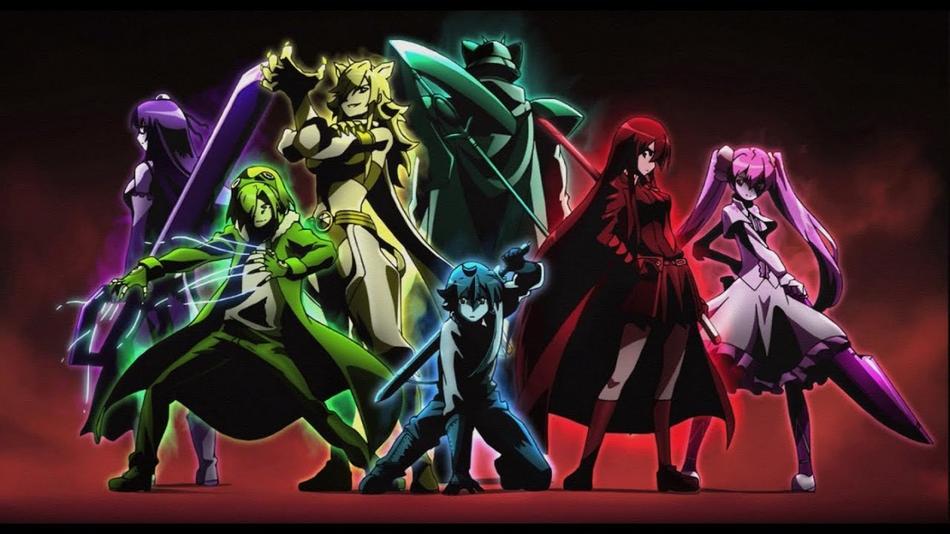 Backround story is the kingdom which led by a king who still kids and cunning prime minister, who always incite the kings. The prime minister make the country filled with conflict. This is make and revolutionaries exist and sue to the revolusion for the kingdom.

The revolutionaries have one assassin group that called Night Raid. Night Raid is do the dirty things to the success of the revolution.

Tatsumi is who suddenly involved with the mission of Night Raid and become the member of Night Raid later. He fight for revolution because his two friends had been killed by the royalty. 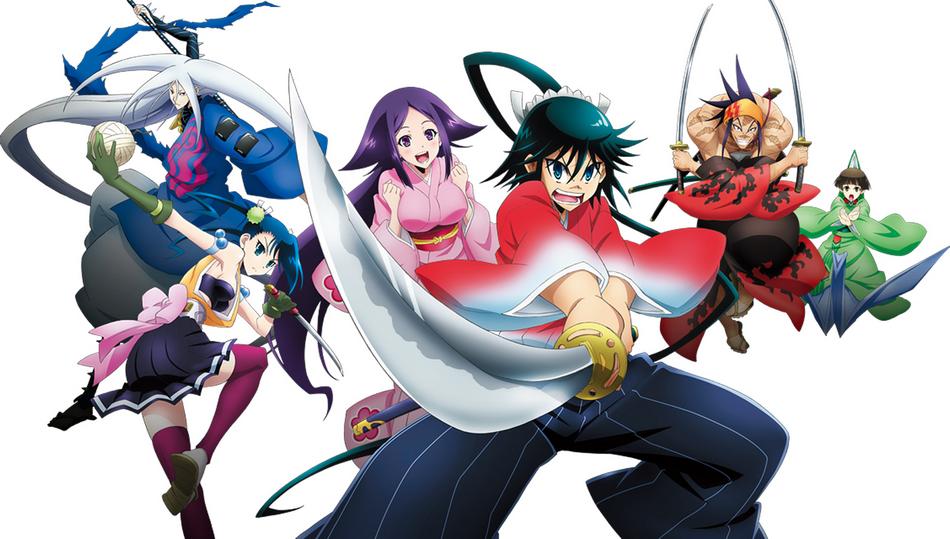 Mushibugyou is the story with Japan Feudal era Background. People in Edo under siege giant insects. It's the reason the exterminator was established called Mushibugyou.

The story focuses on Tsukishima Jinbee, young men who strive to become a warrior like his father. To make amend, he try to take the place of his father in the office of Mushibugyou. On the way to the office, he meet with haru, a young girl who helps her family manage the tavern and have a large breast. 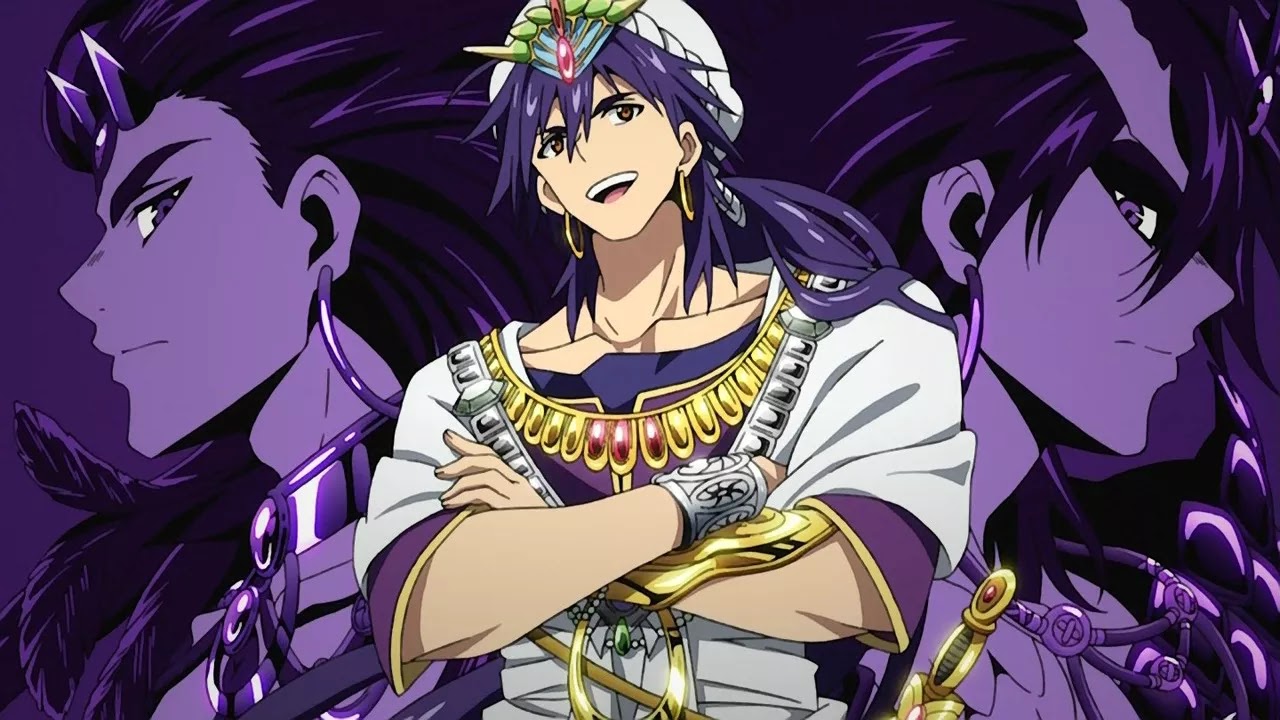 Magi: Sinbad no Bouken is spin-off of the main series, Magi. Follow the Sinbad, who is figure of Arabian Nights. In the series, Sinbad is the founder of the Kingdom Sindria, most peacful kingdom. Besides the king, he is also a dungeon conqueror who has conquered seven dungeon.

The main story is Magi tells the adventure of Alibaba, Aladdin and Morgiana to conquering dungeons and travelling around the world to improve their skills. Sinbad is also their friend that meets at the toward to Balbadd, where Sinbad is not wearing clothes.

Now, in this series, will tells about Sinbad when he was kids and go adventure to conquere all seven dungeon. 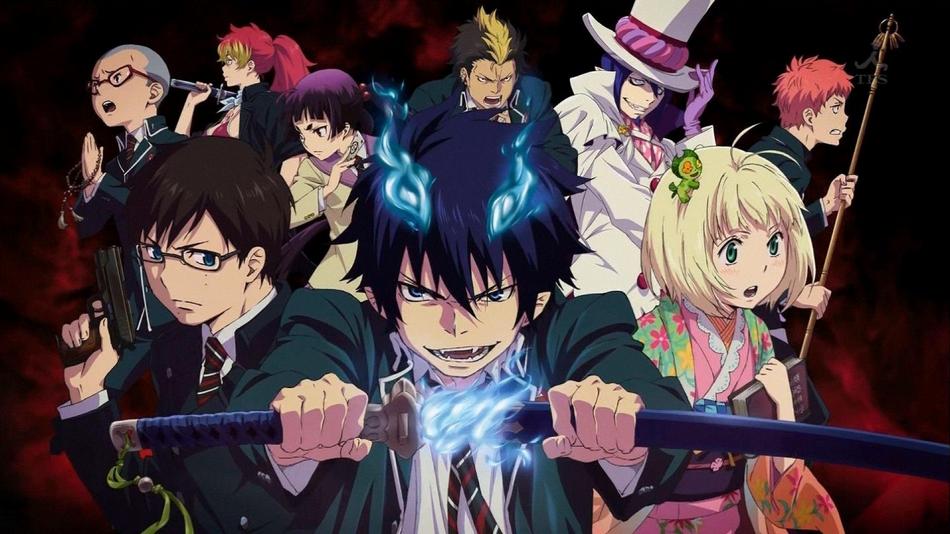 Human and devil are the two sides of the same coin, referring the story of this anime. Like the world of Assiah and Gehenna, in which humans live in dimensions called Assiah and Gehenna is place for demons live. Satan, the king of Gehenna never found a human body that suitable for him, so he decided to send his son to Assiah.

The son of Satan is the main character of the series, Okumura Rin. Originally, Satan sent him to help rule the humn world, but Rin turning against the Satan. Rin also become an exorcist together with his brother, Yukio.

The main attraction of this anime is cool art animation, and of course an amazing story. The battle scene also arguably cool. 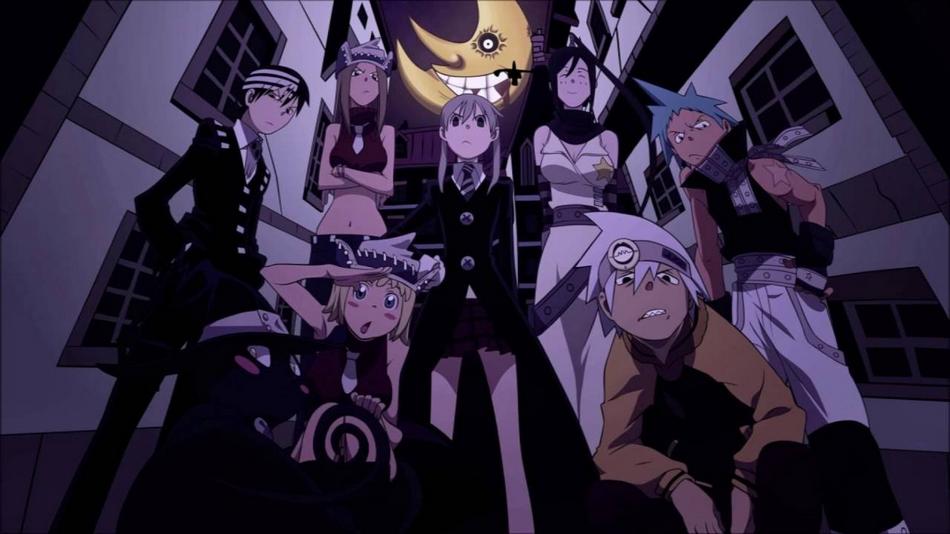 Soul Eater is the main character of the series who can turn into a weapon, called Death Scythe. He was student of school that educate Meister and Demon Weapon, against the evil in the world, particularly those involving magic, demons and spirit weapon.

Each weapon have a Meister, arguably partner. Soul Eater partner is Maka Albarn. The other Meister and Weapon partner is Tsubaki who has partnership with Tsubaki. Death the Kids who have become Meister for the twin sisters Liz and Patty.

The action fantasy from the serius is very enojoyable. Set against the Death Weapon Meister Academy headed by Shinigami, Soul Eater together with Maka Albarn they are hunting the Kishin (human who hunting the innocent spirit).

5. Zetsuen no Tempest (Blast of Tempest) 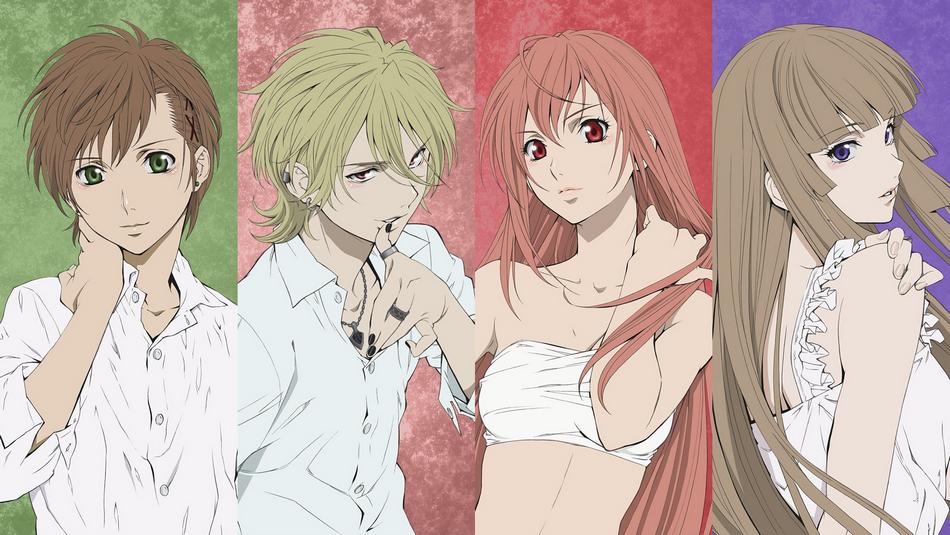 Tells the teenage boy named Takigawa Yoshino who secretly dating Mahiro Sister, Mahiro is his bestfriend. Suddenly. Aika is dead make deep disappointment for Mahiro and determined to find out who is responsible for his death and take to revenge.

The story filled with many riddles that require the audience to think little hard, essentially playful mind with herbs love story romance. The animation also good, for you who like riddle story you should watch it. 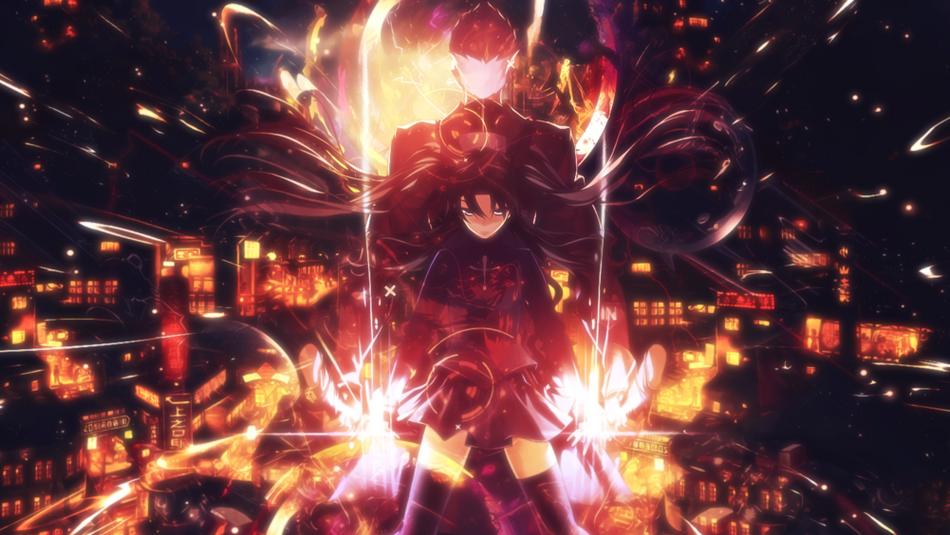 7 servant from various mythologies and ages around the world was summoned into the one era aims to win the war for the holy grail, which according to legend can grant anything. All of the servant summoned by his master and establish a contract and must protect the master. All the servant is Saber, Archer, Lancer, Caster, Rider, Berserker and Assassins.

The main character is Emiya Shirou, who is not a descendant of witches, but he adopted son by the former contestant of the previous Holy Grail War. Shirou can only do magic boosters derived from his father, who was finally able to do magic sword that gave rise projections. Together with Tohsaka Rin, he is determined to end the war.

Fate/stay night: Unlimited Blade Works one of the route from the Fate/stay night visual novel. Anime with original route relased at 2006 titled Fate/stay Night. The striking differences between the 2006 and UBW version is the increase of graphics, the UBW version better than the original version.

Fate/zero will follow the fourth Holy Grail war and the story was before the Fate/stay Night event. The Main Character is the father of Emiya Shirou, Emiya Kiritsugu. With her wife and his servant, Saber, he is proper to win the Holy Grail War.

For you who like the smooth and wow animation graphics, Fate/zeri should you watch. Each fight between the master and servant so stunning, the effect so make you amazed. 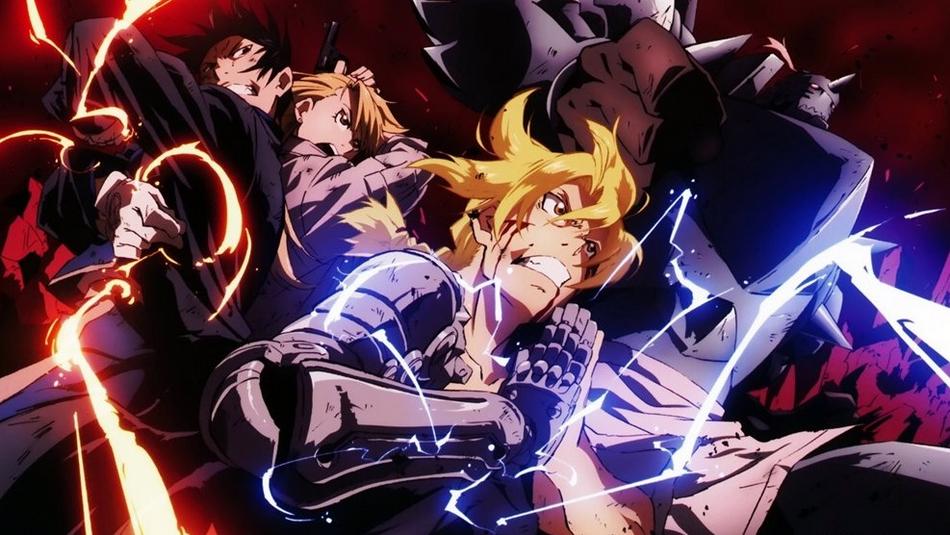 Fullmetal Alchemist: Brotherhood consistently maintain the postition on the top 3 in My Anime List. Story around the two brothers who have lost their limbs for attempting to bring their mother back from the death and didn't succed. Elward Elric realized that he has done the forbidden thing, and caused he lost the right arm and leg, while Alphonse Elric lost all his body expcet the soul and the soul in the Armor and he can life.

The animation no doubt better than the original series. The story have a forward plot and no shit thing like filler. The story maybe lighter than the first adaption, but still have the very good story.

1. Magi (The Labyrint of Magic & The Kingdom of Magic) 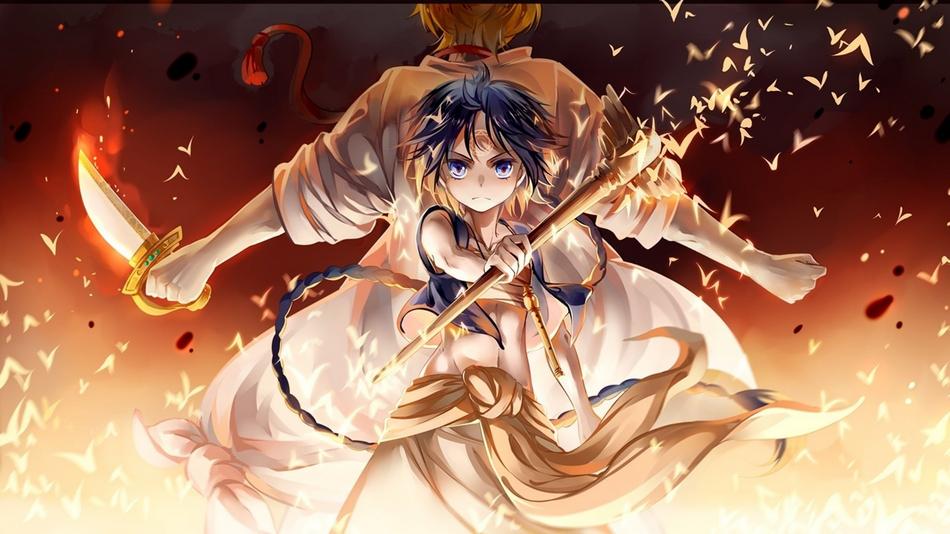 You know Aladdin from 1001 nights? In here, he is the main characters and almost of the characters inspired by the Arabian Nights story. The story follows Aladdin, Alibaba and a girl named Morgiana going to conquered the dungeon. Aladdin is one of the four Magi in the world while Alibaba is the owner of Djinn Amon, he is also the king candidate chosen by Aladdin. Morgiana is from the clan that has stronger physically than human in general called Fanalis.

The background of this story is a world where magic plays an important role in the sustainability of the nation. Because of that, the world have conflicts like discrimination, sllavery, war and more.

The animation is very good, the background place described amazingly. Various event and place give the each valuable. Conspiracy existing like real world, where the leader of the nation is a doll controlled by handful of people of the shadows.