Desuzone Anime Infographics Xebec Xebec: The End of Studio That Known for To Love-Ru

Xebec: The End of Studio That Known for To Love-Ru 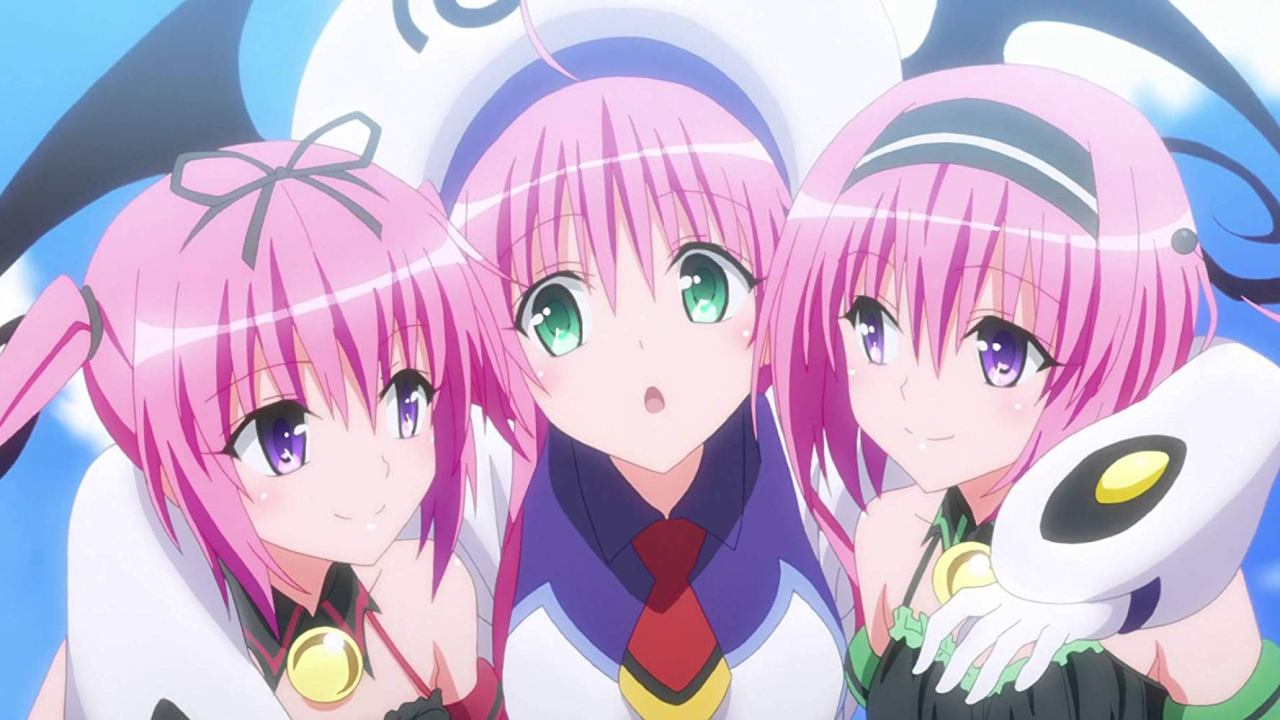 Xebec, Inc. was a company that specialised in the production of anime. They have worked on many popular series such as Martian Successor Nadesico, Love Hina, Shaman King, and To Love-Ru. Their sound effects department uses sound effects similar to those distinctly identified with Sunrise and other Japanese animation studios.

On November 20, 2018, the studio's previous parent company, IG Port, sold XEBEC to Sunrise after constant deficits that the subsidiary had in different years.

In March 2019, Sunrise announced that they established a new company called Sunrise Beyond at Xebec's current address with Xebec's current operations being transferred to it.

Xebec will cease to exist as a business entity on May 31, 2019. Xebec's post-production teams, which were not part of the sale to Sunrise, will be broken up and consolidated into several IG Port companies, but Production I.G will inherit the company's assets. Copyright of Xebec's past works will revert to the IG Port group as a whole.

The company logotype is unique in that it includes the International Phonetic Alphabet transcription: [zíːbek]. 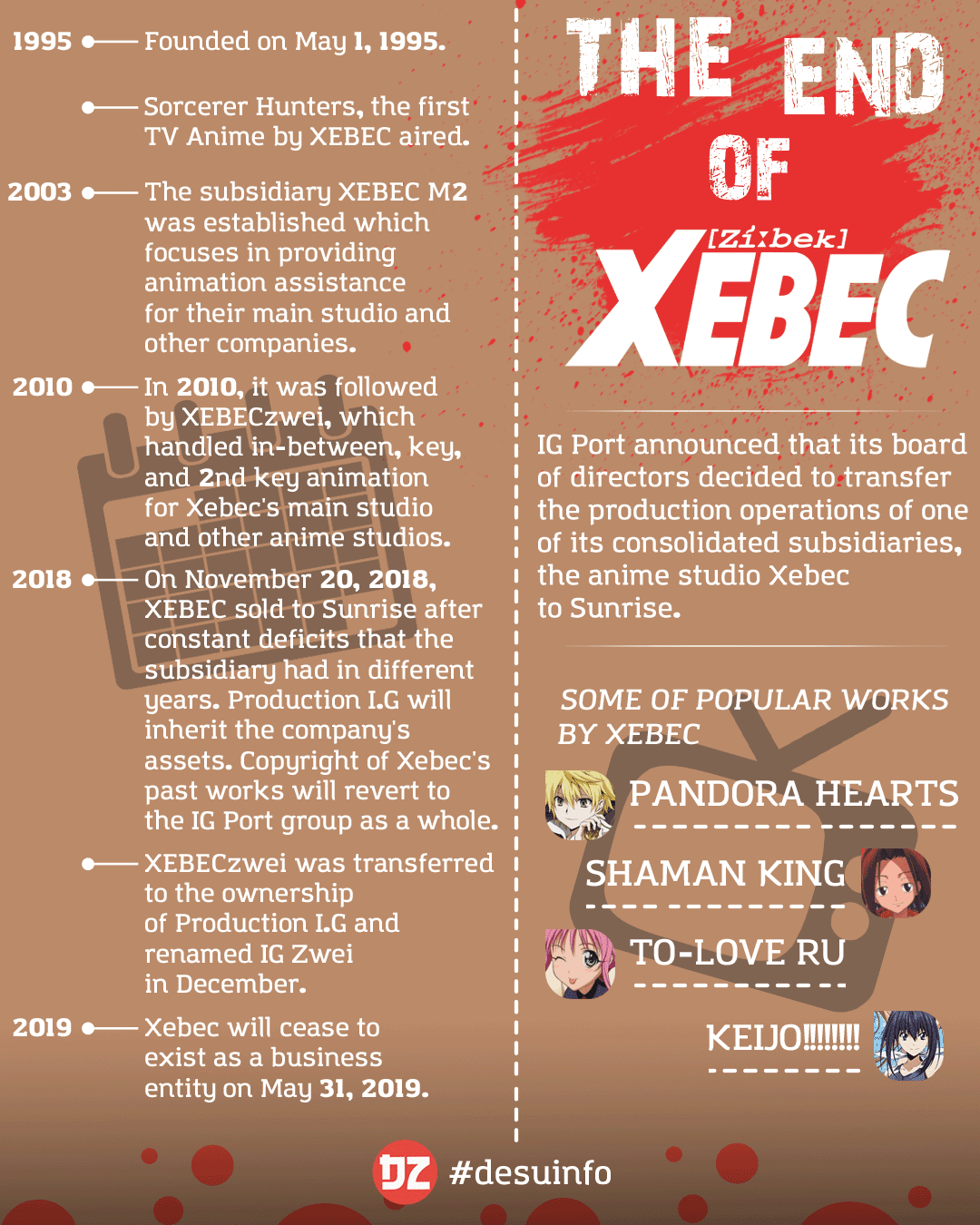 In 2003 the subsidiary XEBEC M2 was established, which focuses in providing animation assistance for their main studio and other companies (including OLM, as in Pokémon: Destiny Deoxys). It has also produced three full series: Petopeto-san, ZOMBIE LOAN and Hitohira. Its last activity was in 2009/2010.

In 2010, it was followed by XEBECzwei, which handled in-between, key, and 2nd key animation for Xebec's main studio and other anime studios. It later produced the full series Fafner in the Azure: Exodus, which ran throughout 2015.

Xebec was founded in 1995 as a subsidiary of Production I.G. Prior to its dissolution, the company had been incurring constant deficits. In the fiscal year ending May 31, 2018, it reported a net loss of ¥126.54 million (US$1.13 million). Most recently, Xebec was responsible for leading the production of Uchuu Senkan Yamato 2202: Ai no Senshi-tachi.