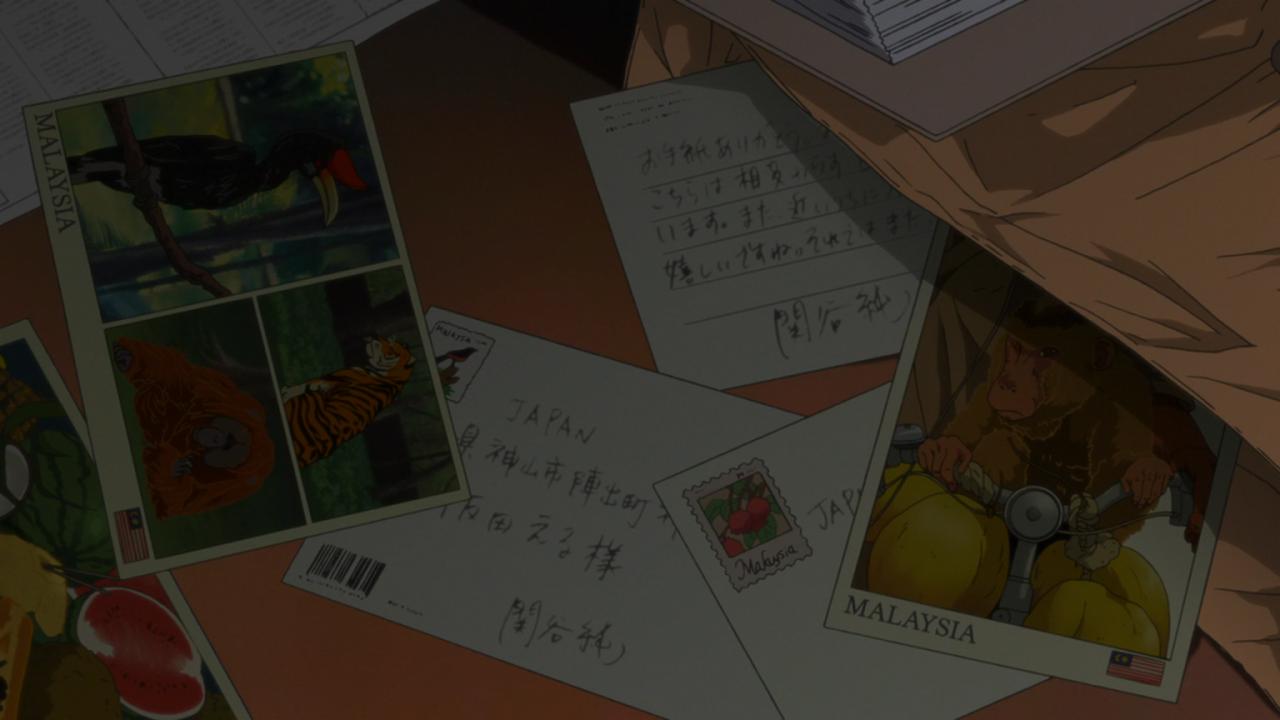 It's normal that anime using Japan as reference, especially school-genre anime. But sometimes, anime also use reference from other country. In the Southeast Asia, Indonesia is a country that have more referenced than any other countries. You can hold me back for the statement in the comment section if it's wrong.

It doesn't mean other country in Southeast Asia didn't get attention. Malaysia also have some influences in Japanese anime. Although not much as Indonesia, Here's some of Malaysia referenes in anime: 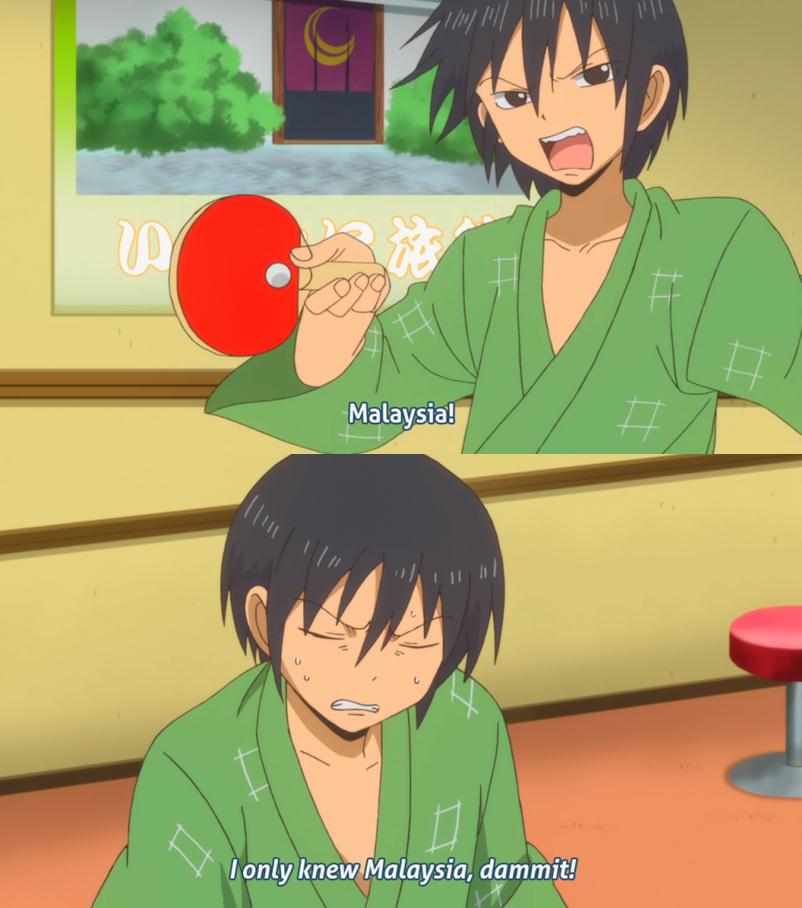 English: Daily Lives of High School Boys
Premiered: 10 January 2012
Genres: Slice of Life, Comedy, School
When the boys playing ping pong, they are make a rule when strike the ball, one question shall be asked for each round. One of the question is "name of countries that have moon in their flag". Tadakuni mentioned Malaysia. How funny that he is the one who make the question, but only know Malaysia. 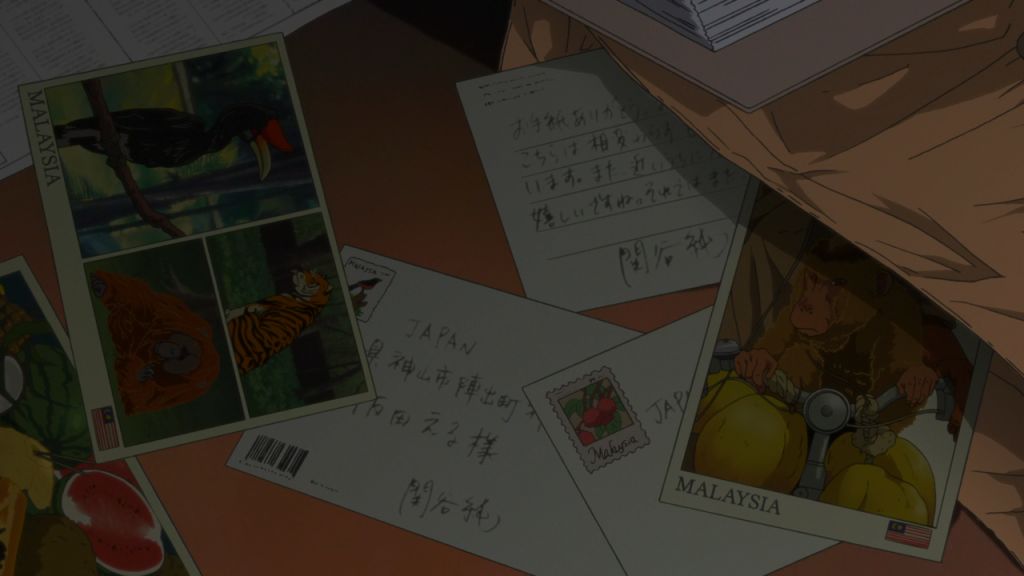 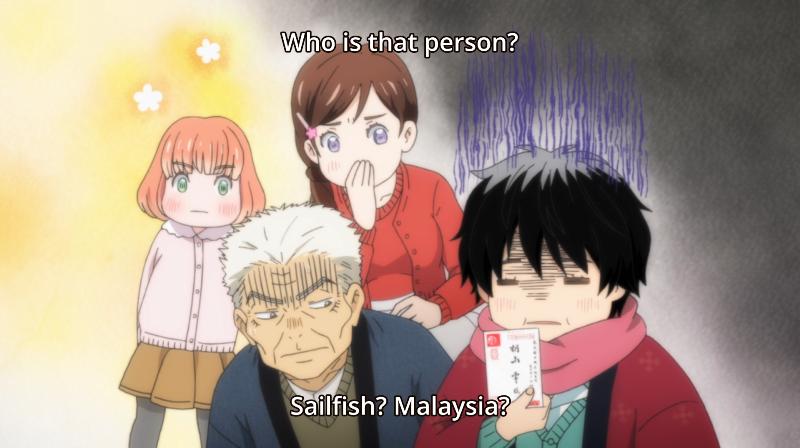 English: March comes in like a lion
Premiered: 8 October 2016
Genres: Drama, Game, Seinen, Slice of Life
One if its scene mentioned Malaysia. 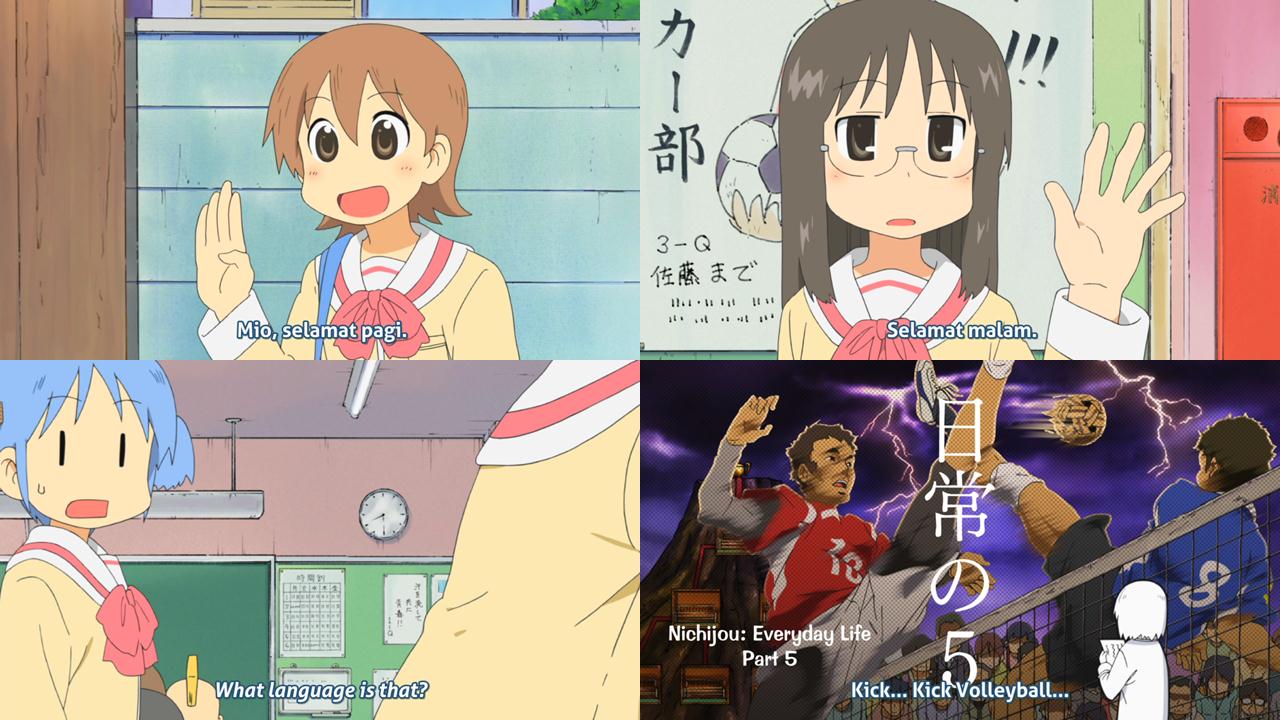 English: Nichijou - My Ordinary Life
Premiered: 3 April 2011
Genres: Slice of Life, Comedy, School, Shounen
Yukko, the girls who is the main character of the series, say good morning to her friend named Mio but in Bahasa "Selamat Pagi" means good morning. To reply "Selamat Pagi" from Yukko, Mio says "Selamat Malam". Selamat Malam is the Bahasa for good evening / good night. The series also featured Sepak Takraw (Kick Volleyball, though it have nothing to do with Volleyball).

Sepak Takraw: Sepak Takraw is a sport native to Southeast Asia. But the anime says "Sepak Takraw", so it's belong to Malaysia and Indonesia. If you wonder the origin of Sepak Takraw, it was founded in 15th century's from Malacca Sultanate of Malaysia and was spread to Riau Islands of Indonesia in 16th century. [Wikipedia]