Summer 2019 Anime Based on Manga 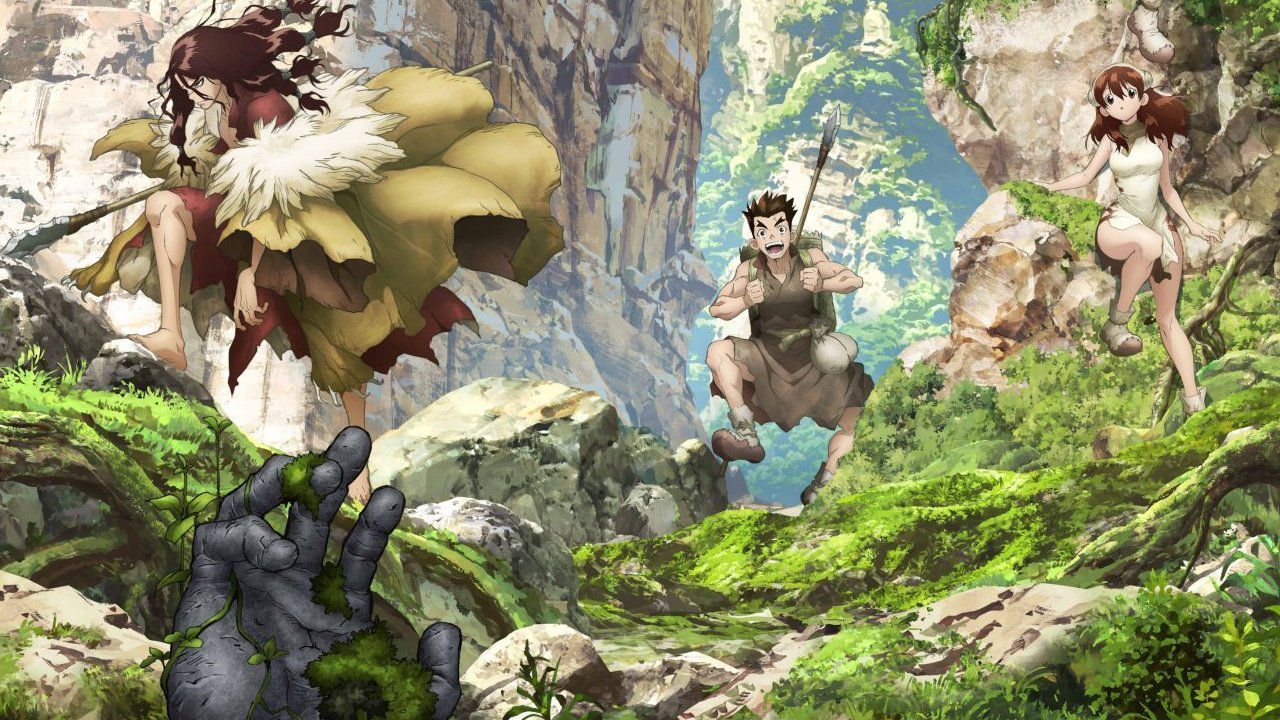 In the next season, Summer 2019, we can relish the return of Skilled Teaser Takagi-san. The hyped sci-fi adventure anime about two boys who struggle to revive humanity, Dr. Stone will also premiered next season. In the end, we will waste our day watching the the three high school girls wasteful their days.


Here are the Summer 2019 Anime Based on Manga (Including Web Manga): 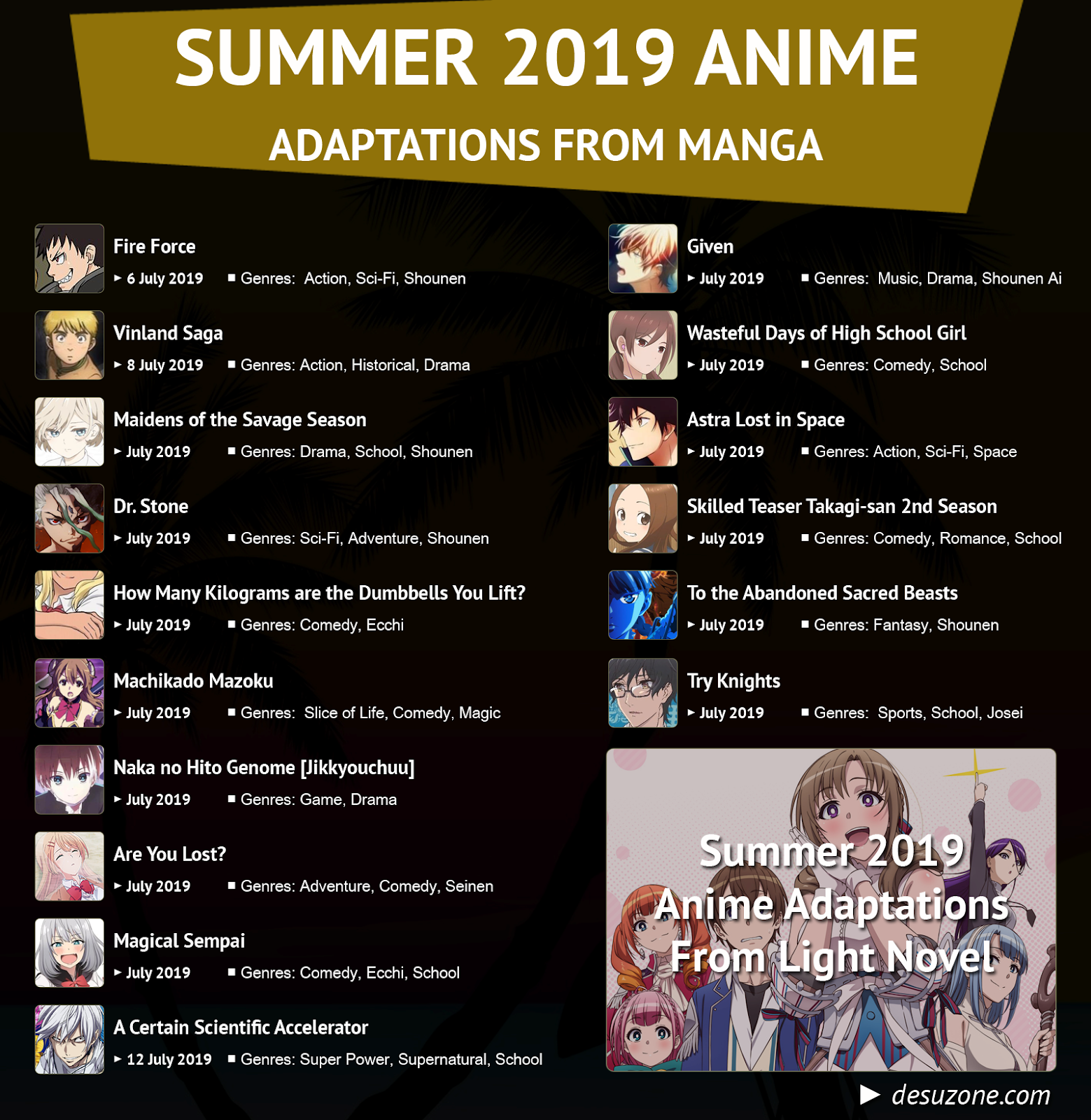 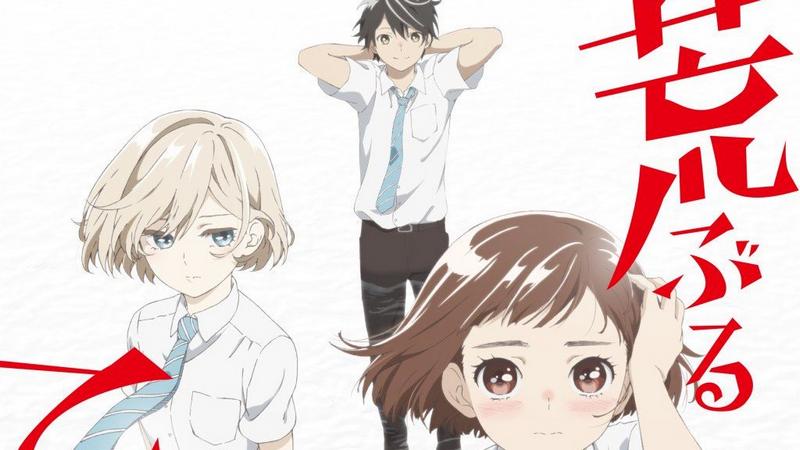 The girls in a high school literature club do a little icebreaker to get to know each other: answering the question, "What's one thing you want to do before you die?" One of the girls blurts out, "S*x." Little do they know, the whirlwind unleashed by that word pushes each of these girls, with different backgrounds and personalities, onto their own clumsy, funny, painful, and emotional paths toward adulthood. [Kodansha Comic] 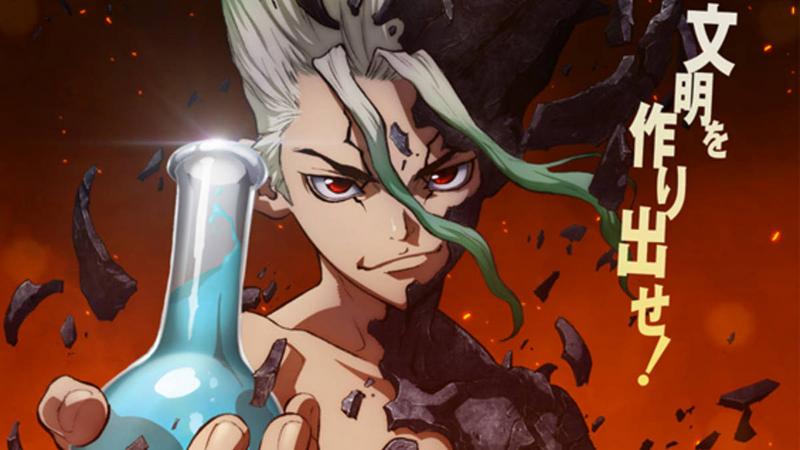 The science-fiction adventure follows two boys' struggle to revive humanity after a mysterious crisis has left everyone in the world turned to stone for several millennia. [MyAnimeList] 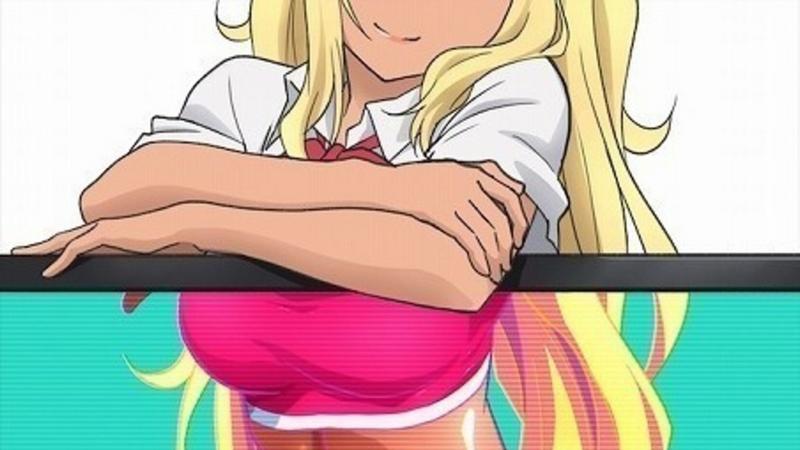 A friend's cruel words which cut like a knife into the heart of Hibiki Sakura, a high school girl who loves to eat. Hibiki decided to go on a diet to be absolutely thin by summer vacation, but she cannot keep exercising right alone. That's when Hibiki found herself before a training gym! Upon joining the gym, Hibiki meets her beautiful and charismatic student council president Akemi Souryuuin and steps into the intense yet enjoyable world of weight-training. [ANN] 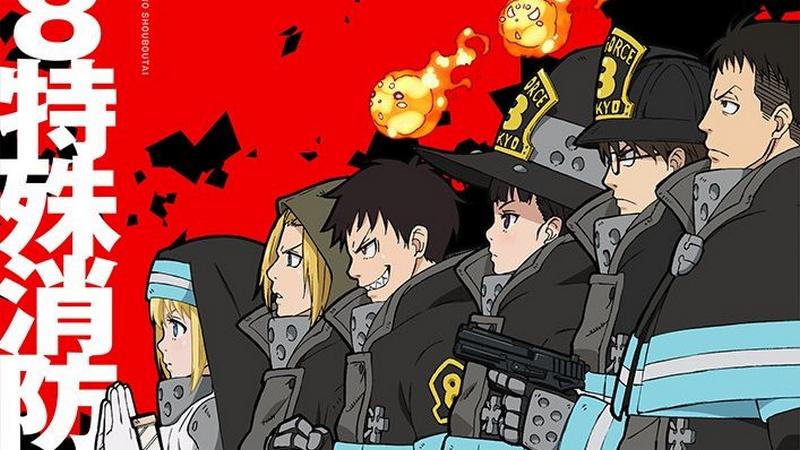 Year 198 of the Solar Era in Tokyo, special fire brigades are fighting against a phenomenon called spontaneous human combustion where humans beings are turned into living infernos called "Infernals". While the Infernals are first generation cases of spontaneous human combustion, later generations possess the ability to manipulate flames while retaining human form. Shinra Kusakabe, a youth who gained the nickname Devil's Footprints for his ability to ignite his feet at will, joins the Special Fire Force Company 8 which composes of other flames users as they work to extinguish any Infernals they encounter. As a faction that is creating Infernals appears, Shira begins to uncover the truth behind a mysterious fire that caused the death of his family twelve years ago. [Wikipedia] 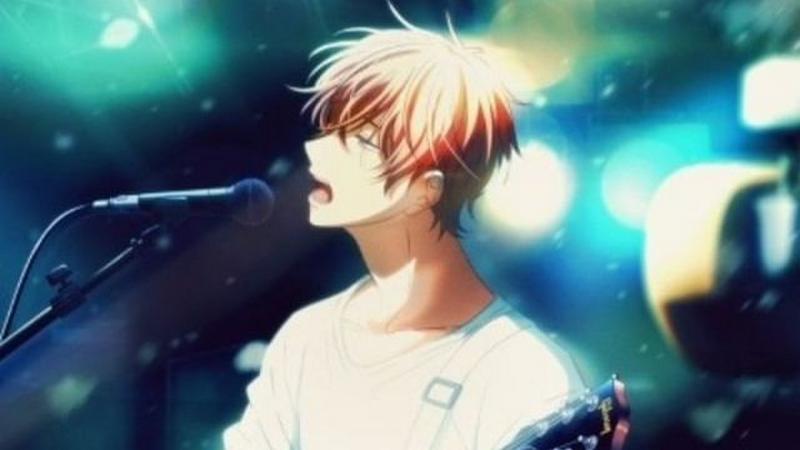 Ritsuka played guitar but has lost interest in the instrument. One day, he meets Mafuyu, who is holding a broken guitar. Ritsuka unwillingly starts teaching Mafuyu the guitar, but when he hears Mafuyu's voice, things suddenly begin to change for Ritsuka. [ANN] 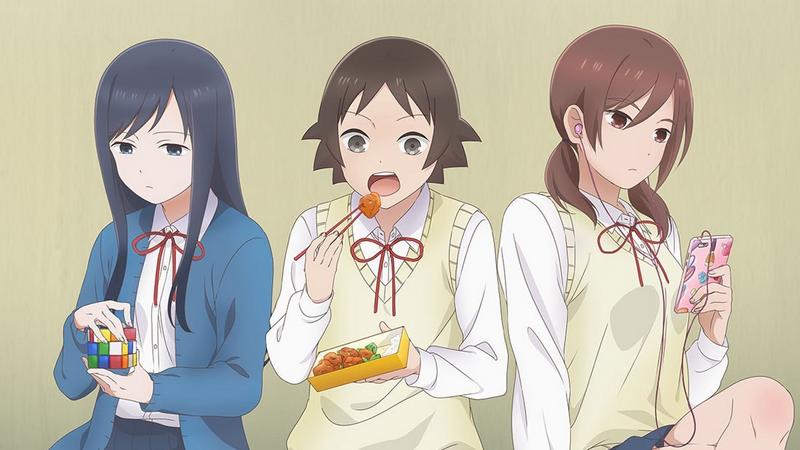 One day out of boredom, Tanaka decided to give her classmates nicknames based on their quirks. Her friend Sakuchi became "Ota" for her nerdy interests, and her other friend Saginomiya became "Robo" because of her expressionless personality. In retaliation, her friends decided to name Tanaka "Baka." These are the ridiculous days of three high school friends claiming (or not) the height of their youth. 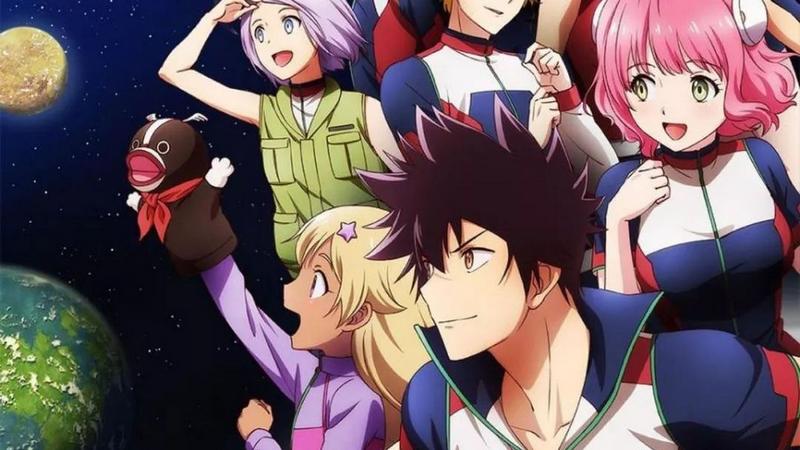 But soon after Group B5 arrived at their planetary camp site, a mysterious and unforeseen sentient light sphere warps its 9 members into outer space, stranding them 5012 light years away from their home planet. With the discovery of an old, unmanned spaceship nearby, the students must stay strong, manage their limited resources and remain united in the darkness of space, so that all of them can survive their long and likely perilous trek back home aboard the Astra. 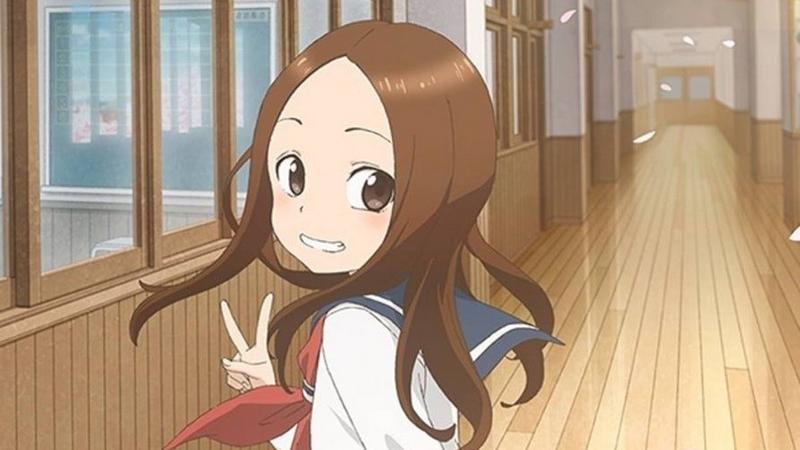 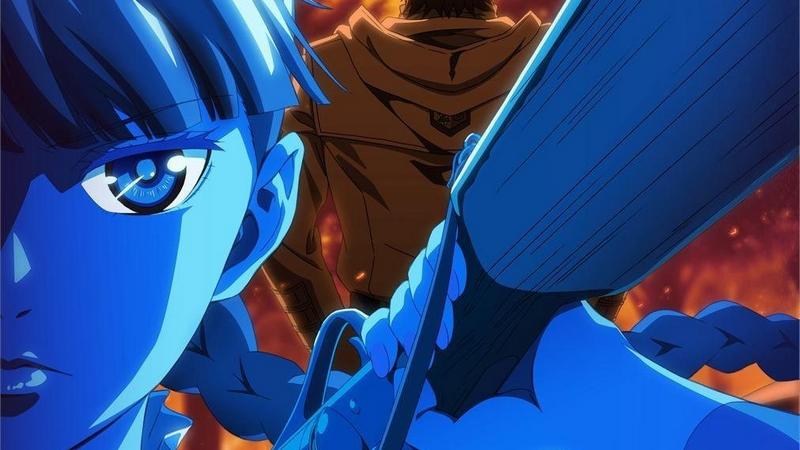 The democratic nation of Patria was created on the continent of Patria.

Because of economical disputes, the country split north and south, creating the Northern Union of Patria and the Southern Confederation of Patria and they waged a long civil war. With their numbers dwindling, the North decides to use forbidden technology in order to defeat the South. This technology turns humans into monster-like soldiers, giving them almost godlike powers. And with those powers, the long war came to an end and peace was restored.

Incarnates. They were the heroes who saved the country and were regarded as gods.

Time had passed, leaving the war behind. The people who had given up their human forms to become Incarnates were now feared by the masses due to their overwhelming power and were now called Beasts.

The former captain of the Incarnate squad, Hank, was on a journey to find his former Incarnate comrades who had turned into Beasts and was hunting them down as the Beast Hunter. A young woman named Schaal was on a journey to find the person who killed her Incarnate father. She encounters Hank and decides to go on a journey with him to discover the truth behind her father's death. She eventually finds out that the battle is never truly over, and the existence of the man Hank is looking for who is apparently responsible for letting the Beasts loose into the world.

Where does Hank's path lead him, as he bears the sins for killing his own comrades? [Crunchyroll] 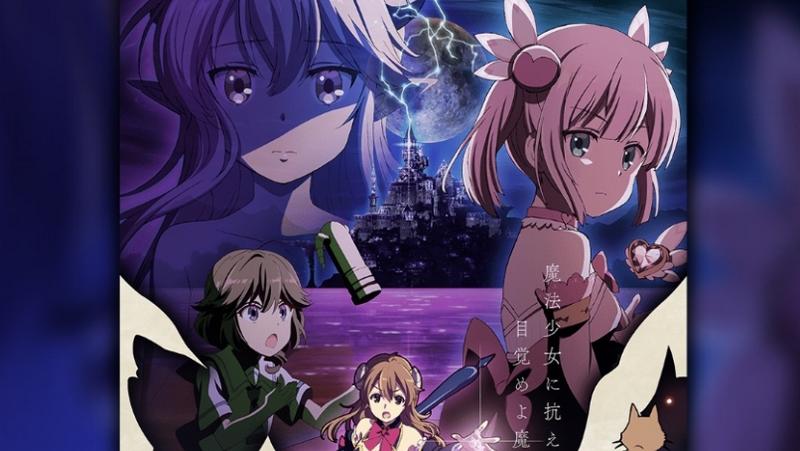 Awakening her dormant abilities as a devil one day, Yuuko Yoshida aka Shadow Mistress Yuuko, is entrusted with the mission to defeat the Light clan's shrine maiden, a magical girl, by her ancestor Lilith. Yuuko meets magical girl Momo Chiyoda through her classmate Anri Sada, and challenges her to a duel, but loses quickly due to her lack of strength.

Since then, Yuuko has struggled with her role as a devil and her duel with Momo, and borrowed help from her regularly. However, by a strange coincidence, Yuuko also weakens Momo by taking away her power to cooperate in protecting the peace of Tama city. [MyAnimeList] 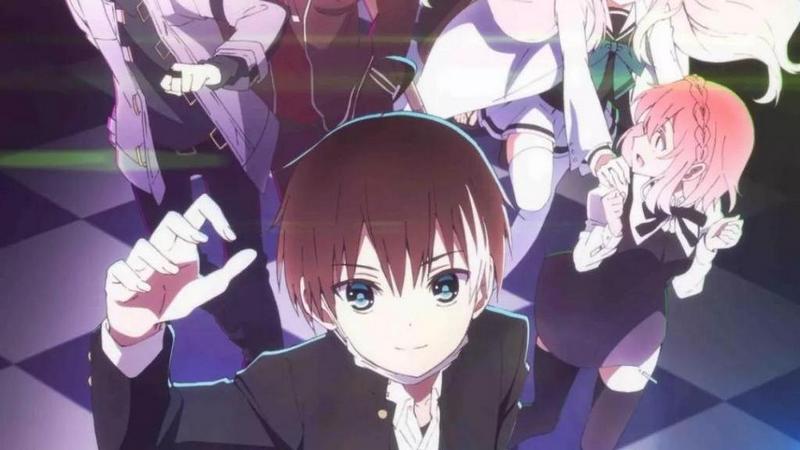 Iride Akatsuki has unlocked hidden content in the game he's playing, 'Nakanohito Genome,' and it turns out that this content is a real-life game! He soon wakes up to find that he has been kidnapped and taken to a strange place, along with a number of other teammates. Each of them specializes in a certain sort of game, like cultivation games, fighting games, puzzle games, etc. A llama-headed 'teacher' gathers them after level 1 is cleared to explain how the game will proceed. Will this group of gamers succeed, and make it back to their real lives? [MangaHelpers] 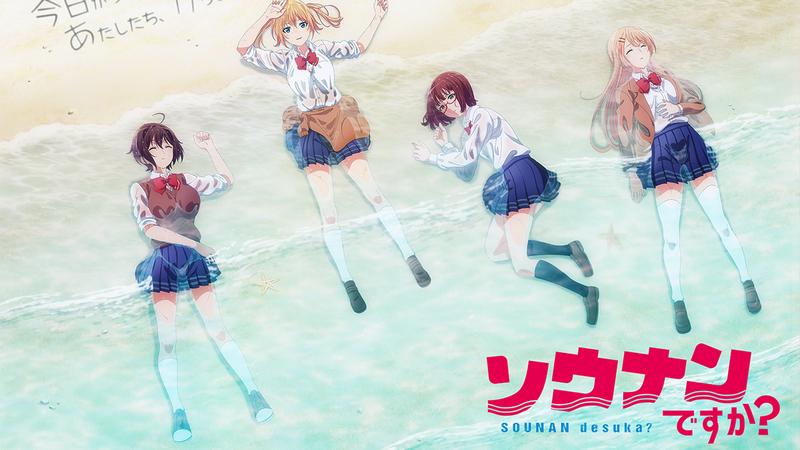 Because of a plane crash…starting today, we're spending the springtime of our lives on a desert island!! There's nothing here, so we have to make everything!! And eat everything!! (Ugh!) Check out our high school girl survival story of courage and knowledge. We're actually doing pretty well! [Volume One Includes:] How to eat cicadas, how to build traps, a simple allergy test, how to eat hermit crabs, etc. [Crunchyroll] 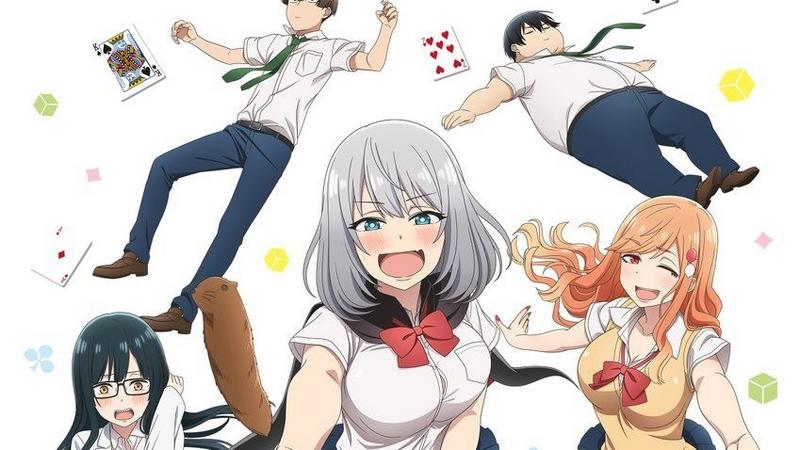 "I encountered her… a cute, but ‘weird’ sempai!” Magic-loving but stage-fright-addled, this sempai comes with a failure rate of 100%—but you can't take your eyes off her! The off-color, magical gag manga that's caused an uproar all over Japan is finally here! Here's to non-athletic hobbies! [Crunchyroll] 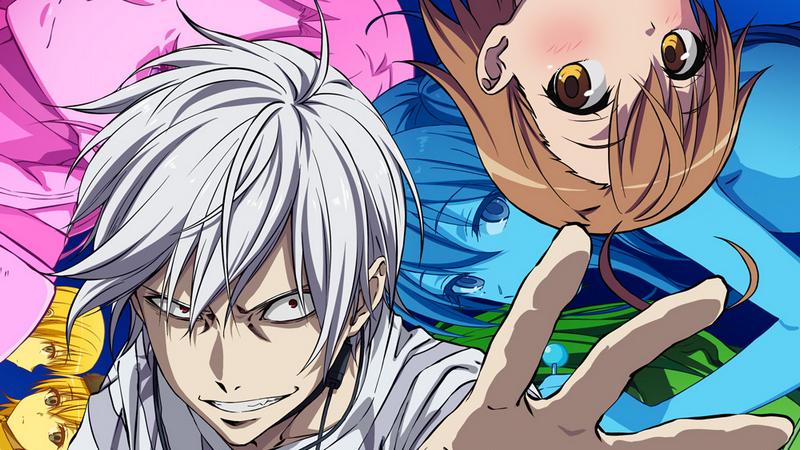 After protecting Last Order at the cost of much of his power, Accelerator now finds himself dragged into a new conflict in the form of a sinister organization called Disciplinary Action which plots to use Last Order for a dangerous mission. Now that they have set their plan into motion and are in pursuit of the young girl, it's up to the world's most powerful esper and his newfound companion, Estelle Rosenthal, to protect Last Order and defend Academy City in the process. [MyAnimeList] Riku Haruma enters high school without a future in sight. He sees people playing like monsters on the ground, jumping higher than anyone else, running fast, deciding to try their best. There, he sees Akira Kariya playing rugby, a sport he was once passionate about but gave up due to his physique. While Akira is running roughly, Riku gives him a piece of advice without thinking. From that, Riku feels his dying passion for the sport set ablaze, and his future starts to brighten up... [MyAnimeList] For a thousand years, the Vikings have made quite a name and reputation for themselves as the strongest families with a thirst for violence. Thorfinn, the son of one of the Vikings' greatest warriors, spends his boyhood in a battlefield enhancing his skills in his adventure to redeem his most-desired revenge after his father was murdered. [MyAnimeList]


Summer 2019 Anime Chart:
Based on Light Novel
Based on Games
Original Anime