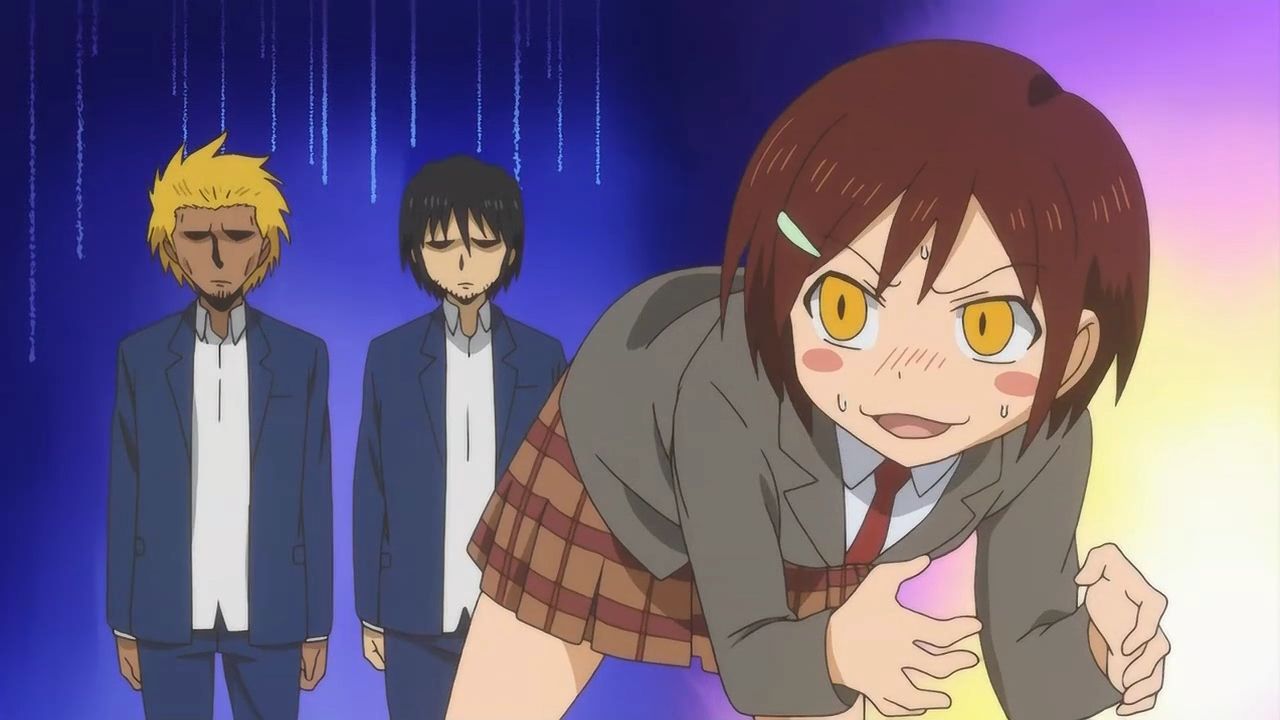 Some people like action anime with epic battles, some others like mystery anime that let audiences to solve the riddle. But we all agree, whatever your favorite genre, some sense of humour will make shows more entertaining. That's why we will talk about comedy right now.


Comedy is actually well loved by the fans, because it's usually has light stories and made your day with laughs. Comedy is like main grip for many anime shows, so the anime would not make the audience bored.

Best Slice of Life Comedy Anime to Relax and Laugh

Apart by varying senses of our humor, there are plenty comedy anime series that will make you laugh so hard with various funny moments. 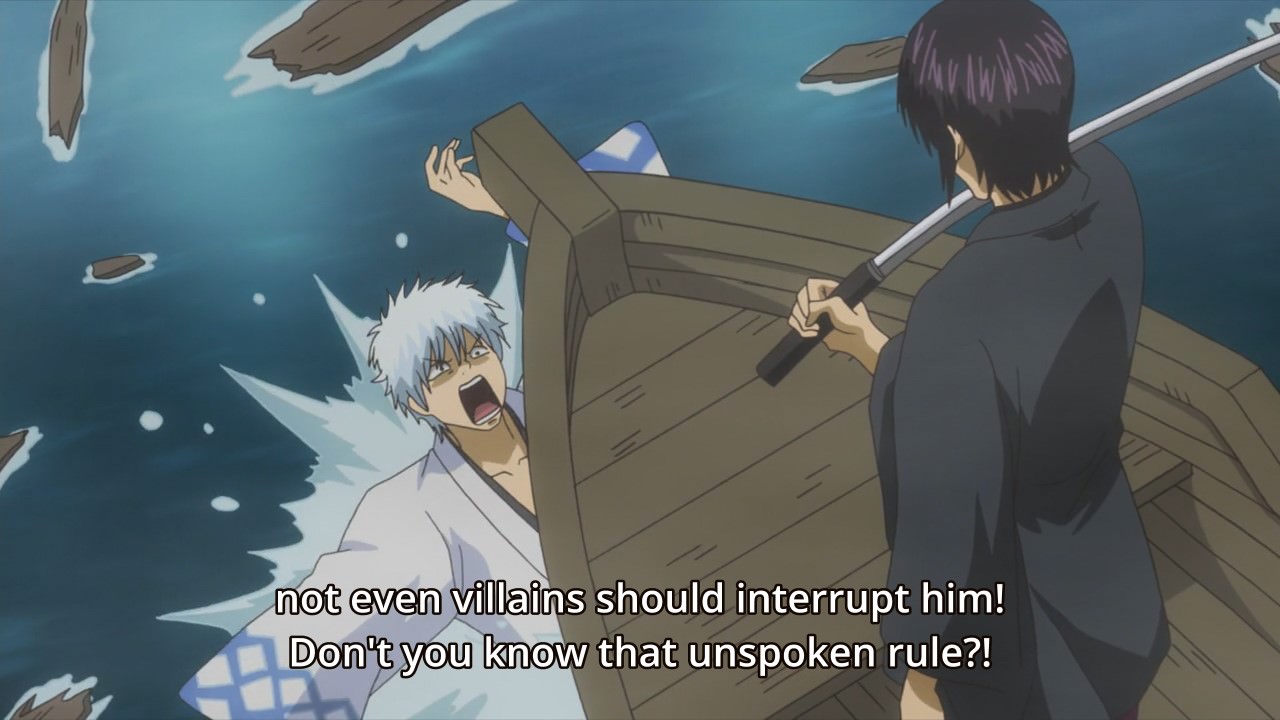 
Set in alternate-history late-Edo era, where Amanto (aliens) attacked earth. The Japan's samurai of Edo fight to defend the Earth, but in the end human surrenders after the shogun realizes the amanto's power. He accepts unequal contract with amanto. Human banned for carrying swords in public and allowing the invaders from space enter the country.

However the odd-jobs freelancer, Sakata Gintoki still possesses the heart of samurai. Shinpachi Shimura and Kagura accompanying him in his jobs. They also have huge pet dog named Sadaharu who always bite his head until bleeding. Mostly, their jobs is not simple, they sometimes get serious job and ended up involved in dangerous conditions. Though, it fulfilled with humor and madness. 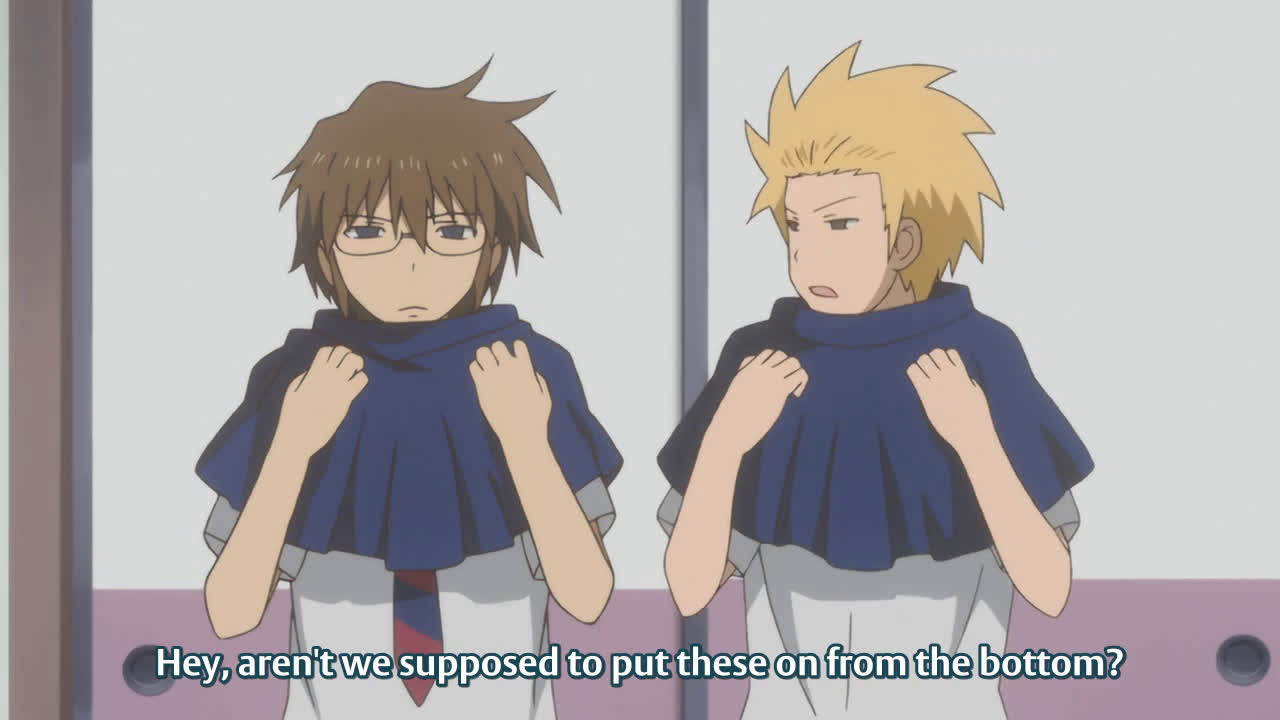 
Just the story about the highschool boys trio, Tadakuni, Hidenori and Yoshitake and their various interactions with other student, boys and girls, same school and different school, same ages and different ages. One thing, this is not love or romance story, just a story about highschool boys. You don't really need to think hard, just enjoy it. You can laugh from every scene, because it relate to the real life. 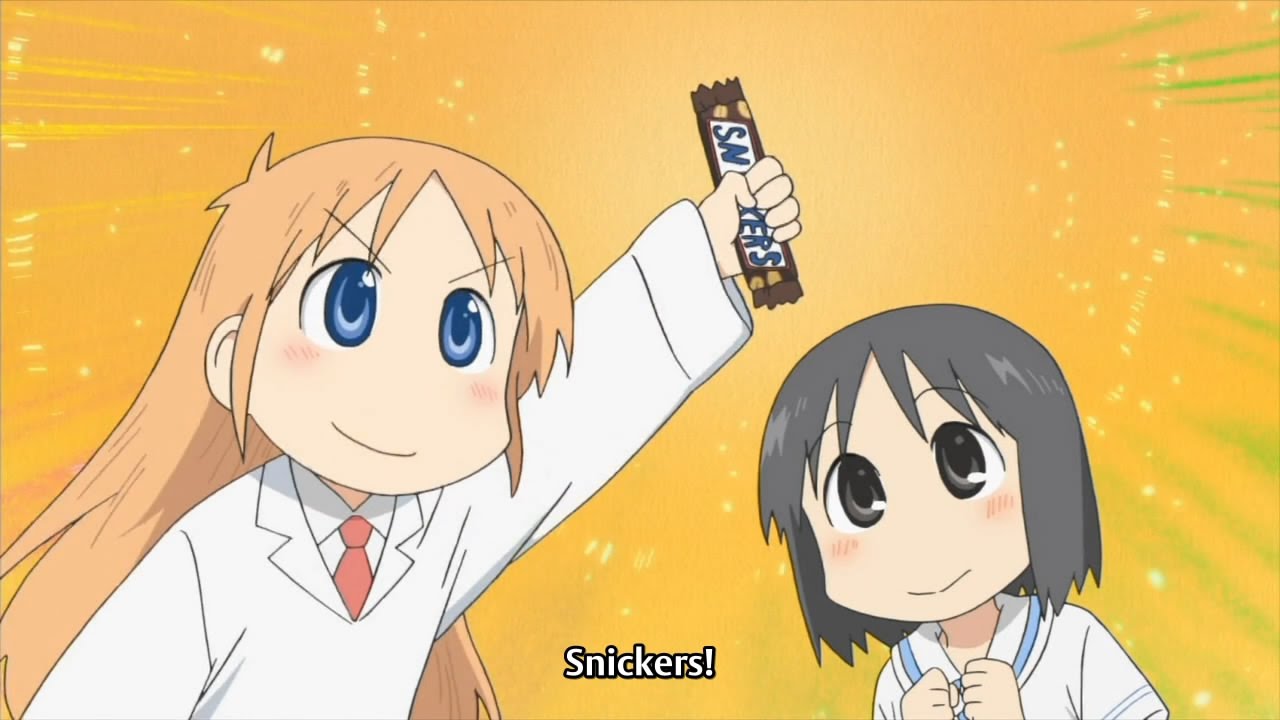 
The anime focuses on everyday lives of highschool girls trio, the cheerful Naganohara Mio, the energetic Aioi Yuuko, the quiet Minakami Mai and Shinonome family, Hakase, the anxious robot Nano Shinonome and a talking cat named Sakamoto. Their lives and peoples around them fulfilled with various forms of madness and ridiculousness.

Nichijou is the pure comedy anime where the story sometimes annoying, but always entertains us since the beginning till the end. This is an anime with simple delivery, but full with brilliant hyperbolic elements, not only nonsense comedy. Nichijou, the healthy comedy that will make you laugh so hard, should be included in your watch list. 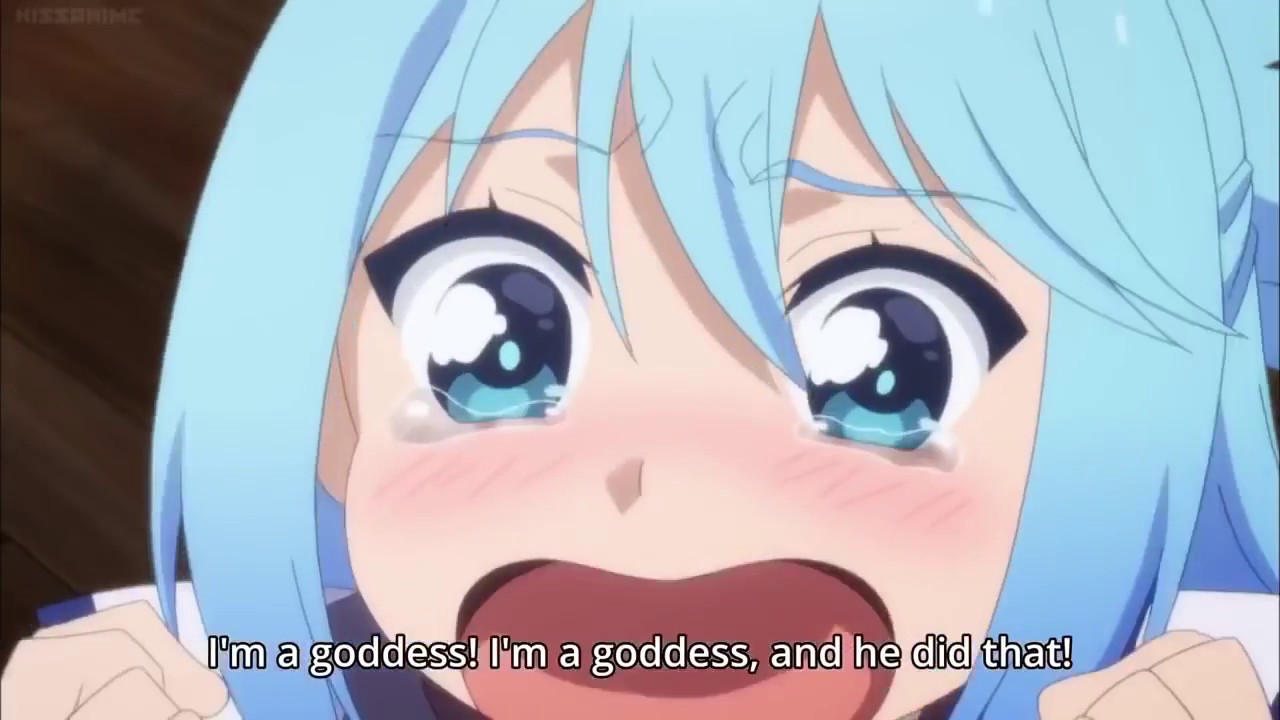 
The story begins when Satou Kazuma, a hikineet boys, died in very embarrassing way. Before enter the after-life, he met a goddess, Aqua. She offers Kazuma to transported to MMORPG-like fantasy world, where Kazuma can be an adventurer, get a quest, kill monsters, defeat the Demon King, and become hero, just like in the MMORPG.

Then, Aqua offers something to Kazuma to be taken in to the another world, the godly weapons. But, Aqua provoked Kazuma because of his embarassing died, so Kazuma choose Aqua instead. The funny adventure life of the ex-hikineet Kazuma and "stupid" goddess Aqua to defeat the Demon King begin!

If you have not watched this yet, watch it now. The anime very entertaining, funny, and suitable for all kind of peoples, especially after a tiring day. Isekai, hero, and powerful ability are the three usual combinations. But here, you will see the real hardworking isekai hero, Satou Kazuma. 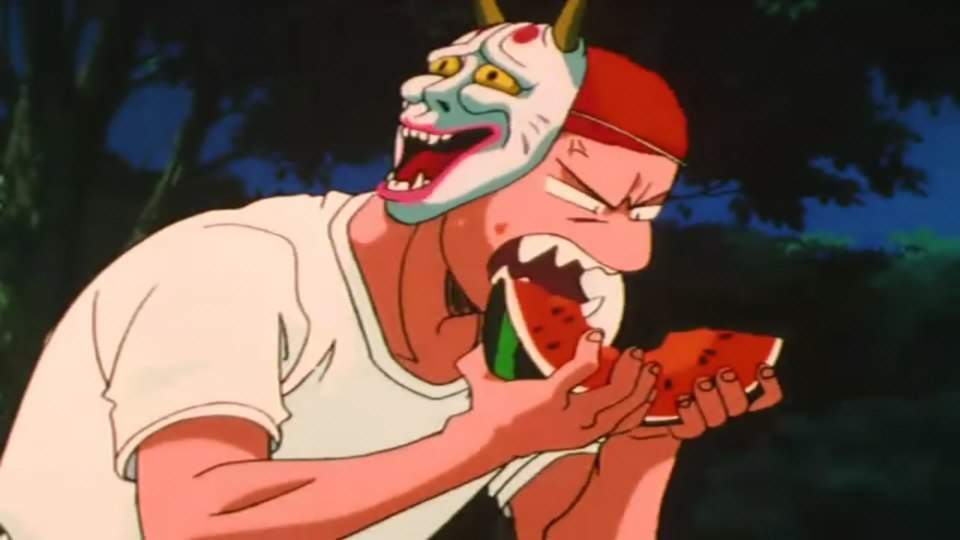 
Centers on Hanamichi Sakuragi, a bad boy in Shohoku High School who falls in love with a basketball fangirl, Haruko Akagi. She is actually the younger sister of Shohoku basketball team captain, Takenori Akagi. Haruko, invited Sakuragi to join the basketball team and there is no way for him to refuse it. The story of bad boys play basketball began. Since he is beginner and dosn't interested in basketball at all, he always doing it difficult. But, he always make great effort and enjoying basketball more. 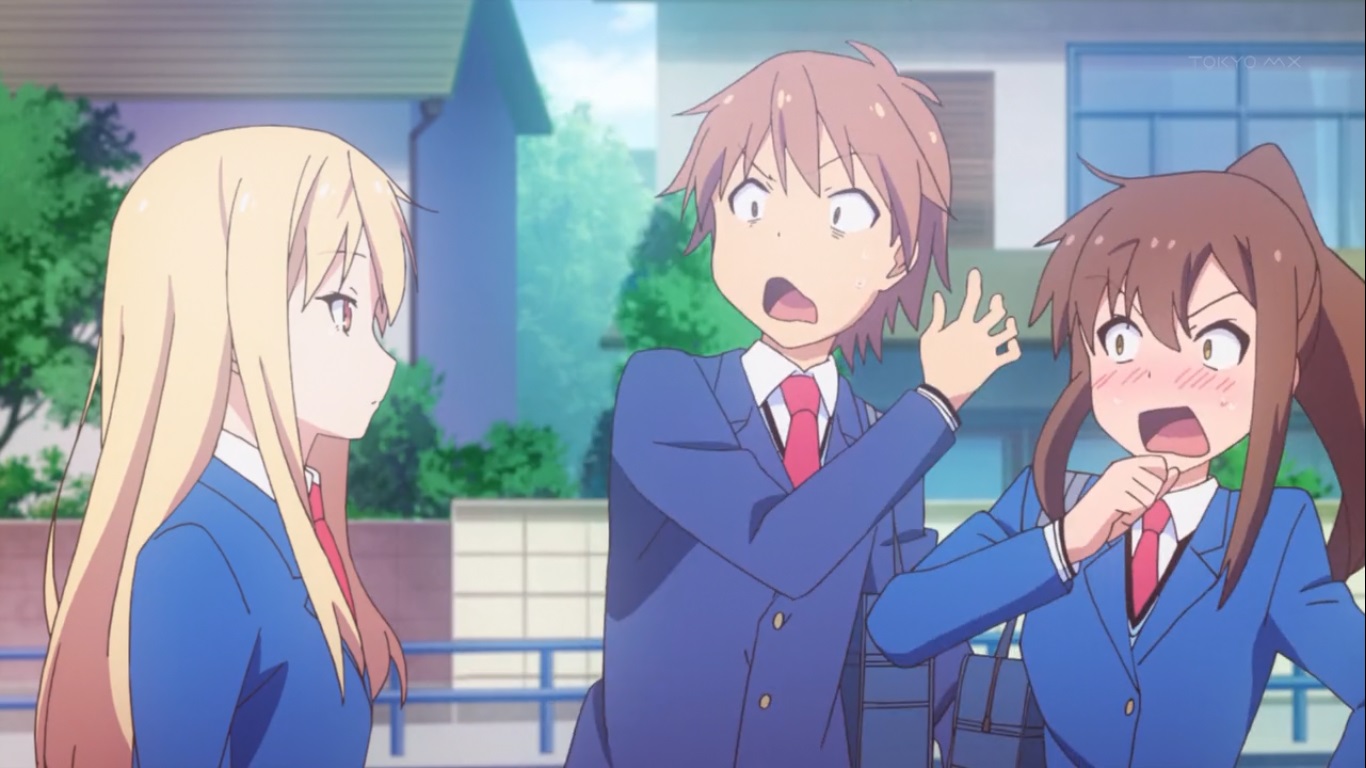 
Sakurasou is a dorm of the high school affiliated with Suimei University of Arts (Suiko). It's the host for strangest and most trouble-making students. Kanda Sorata moves to Sakurasou after keeping a stray cat while his is in the normal dorm. With the strange dormmates, he starts to get used to life in new dorm. But, a world-famous artist who cant't take care her own daily life named Shiina Mashiro, moves to Sakurasou. Then, he is forced to be Mashiro's caretaker.

A colorful and unique romance-comedy yet inspiring story about dream and passion that could make you laugh and cry at the same time. 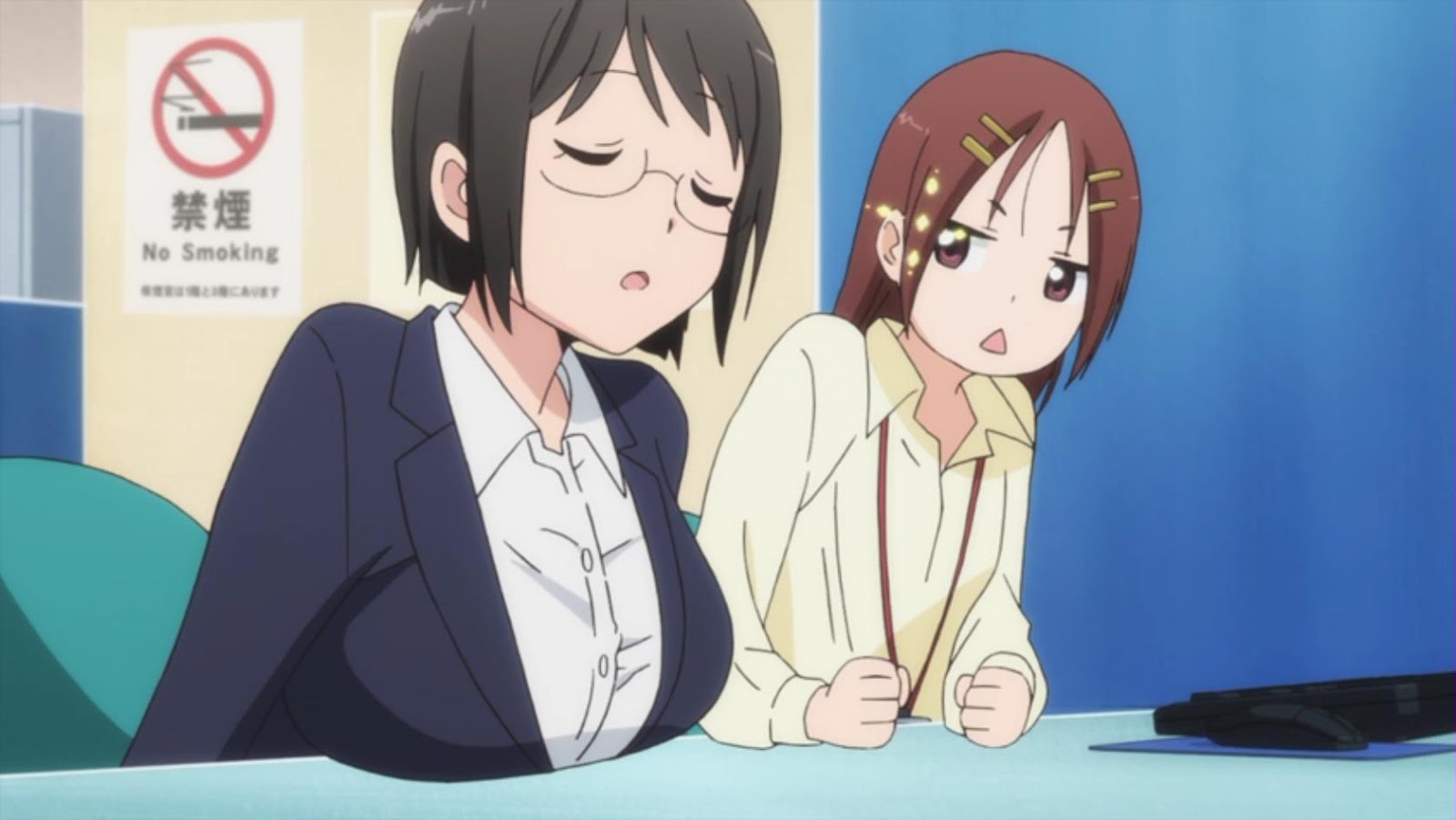 It happened because her parents had a very hard time to picking single name for her. She decided to work in public service office for seek revenge against person who had legalized her ridiculously long name. She will begin her daily lives of her job along with Hasebe, a male only newcomers who always goofing at work, Miyoshi, a college graduated and sof-spoken girl, and their supervisor Ichimiya Taishi.

There are various humorous and surprises, such as the form of manager, or Ichimiya's relationship. The real question is, will Yamagami find out the person who made her have the ridiculous name and take revenge? 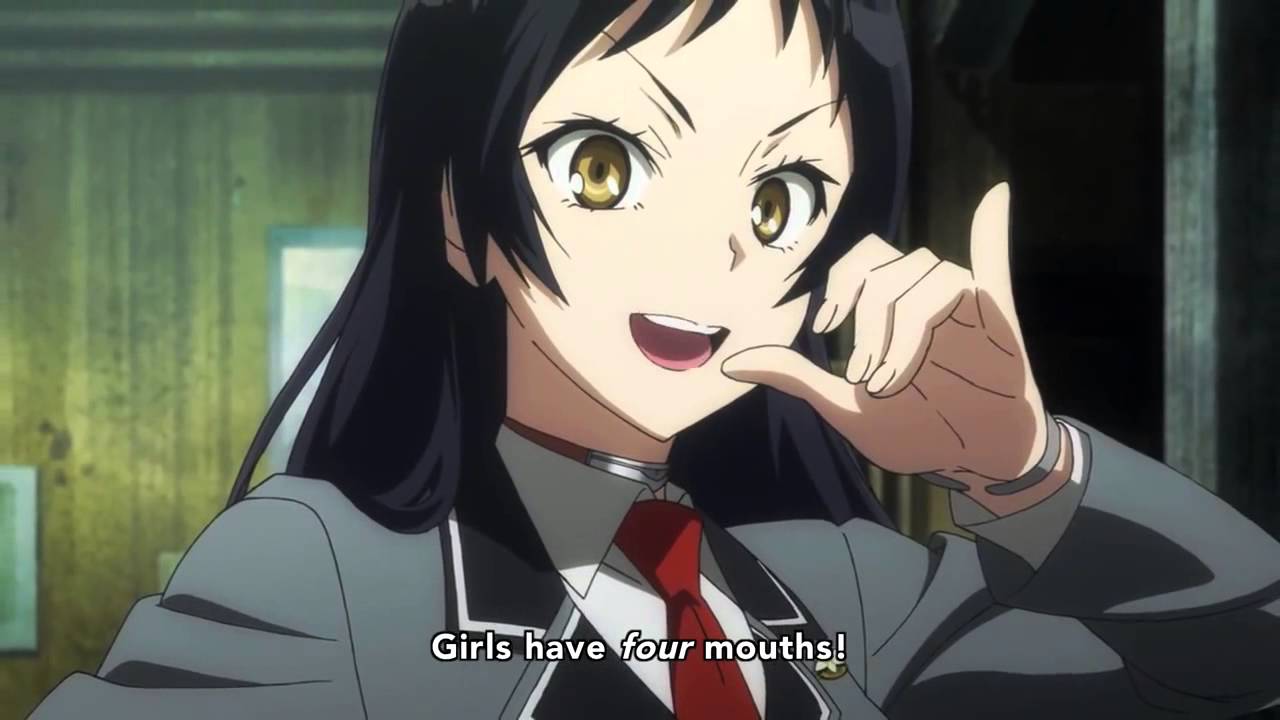 
Story begin when Tanukichi Okuma entered his new school. He only had one goal, following the example of the student council president, Anna Nishikinomiya. Unfortunately, he was dragged away the student council vice president, Ayame Kajou who was actually secretly leader of the SOX terrorism group. Ayame is a masked criminal dedicated to spreading lewd material amongst the sheltered public. In the first, Tanukishi disagreed with Ayame's thoughts, but over time he involved in Ayama plan more deeply.

You can actually guess the anime from the title, yes, the anime set in the Japan that has been implemented the strict morality laws. All immoral things banned and the human monitored with a special bracelet on their necks. This is actually the satire for Japanese mindset today. Japan have massive adult industry, but they are quite conservative for this kind of thing. The example is, low birth rate in Japan, that because of enermous work and life pressure. Though, the anime offers universal humor through dirty jokes. 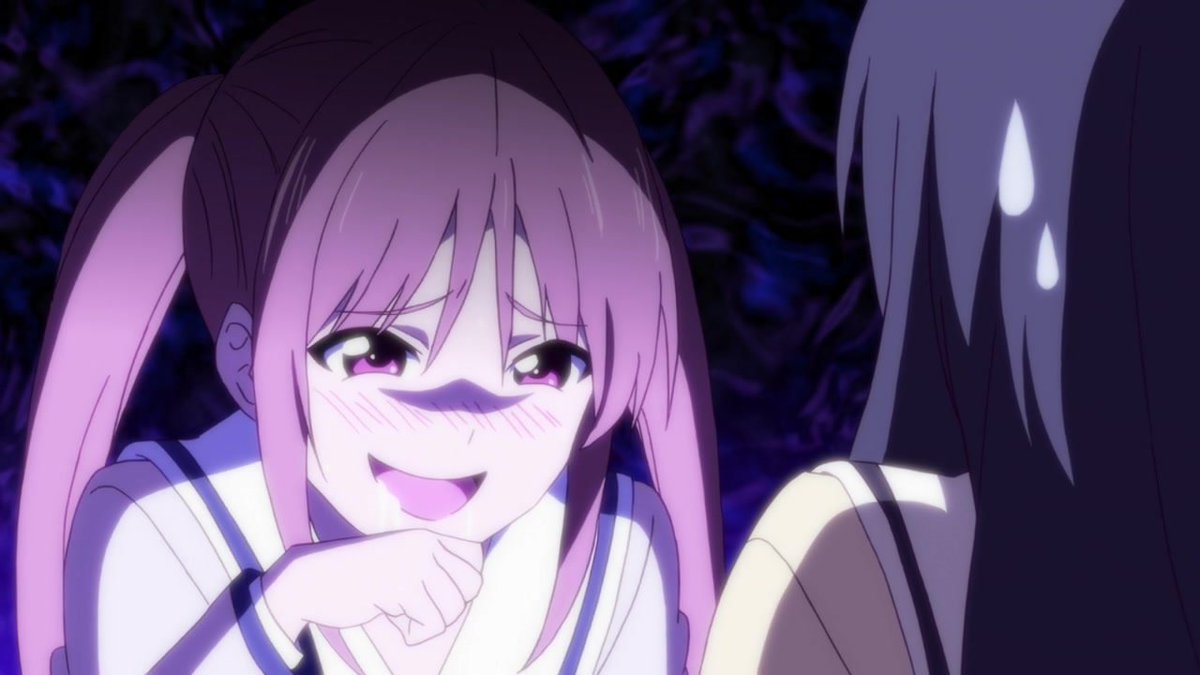 
Follow the very stupid high school girl named Yoshiko Hanabatake. Always get 0 in all her exam and has a strange obsession with bananas (fruit). She have a childhood friend named Akuru and does all the stupid things with him all days, though, Akuru is normal high school boy and even smart person but always get disturbed by Yoshiko.

Just watch this, you will be laugh on every scene from the show because of it's fast pace. However, each episodes only have twelve minutes duration. If you have watched Konosuba, you will see another silly heroine. 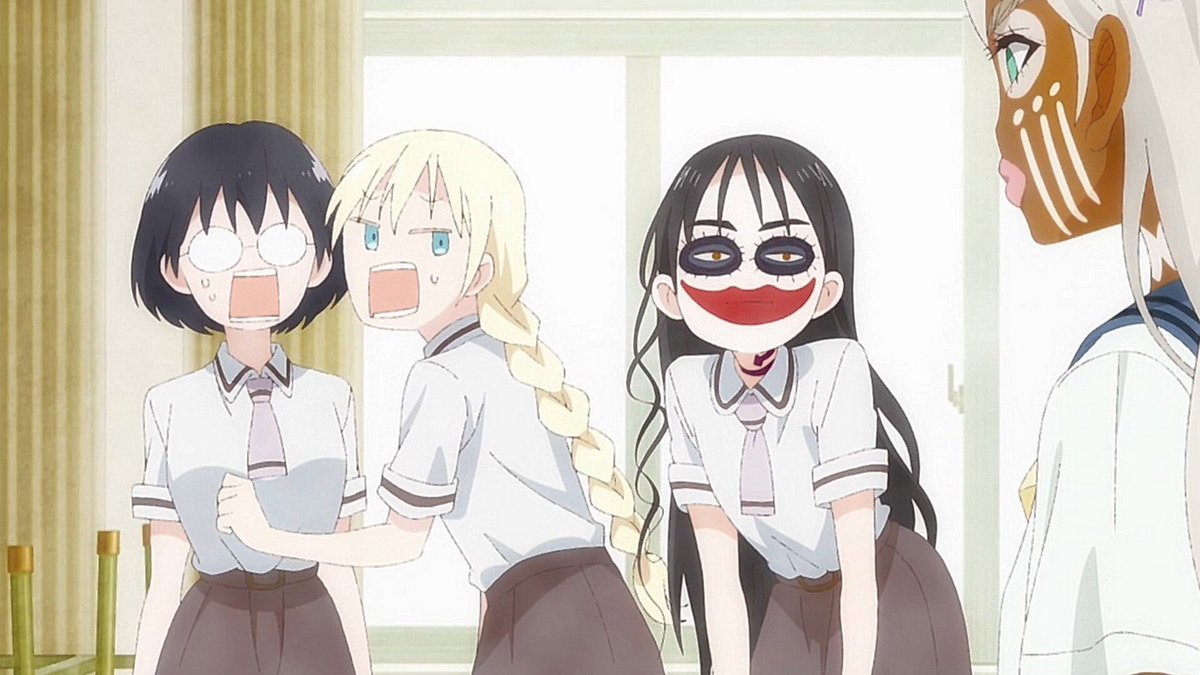 
Centers on smart student but stubborn and has a strange sense of fashion, Hanako. When she is playing traditional game with a student transfer from America, Olivia, made their classmate Kasumi disturbed. Kasumi dislike to play a game because always defeated by her sibling. Suddenly, Kasumi who very bad in English, forced Olivia to help her to learn it. But, Olivia can't speak English at all! So, is she from America?

The hilarious and silliness moments spilled over and over of the story. This is like the lite version of Nichijou with a variety of hilarious parodies and humor.