New Anime Series You Should Look For 2020 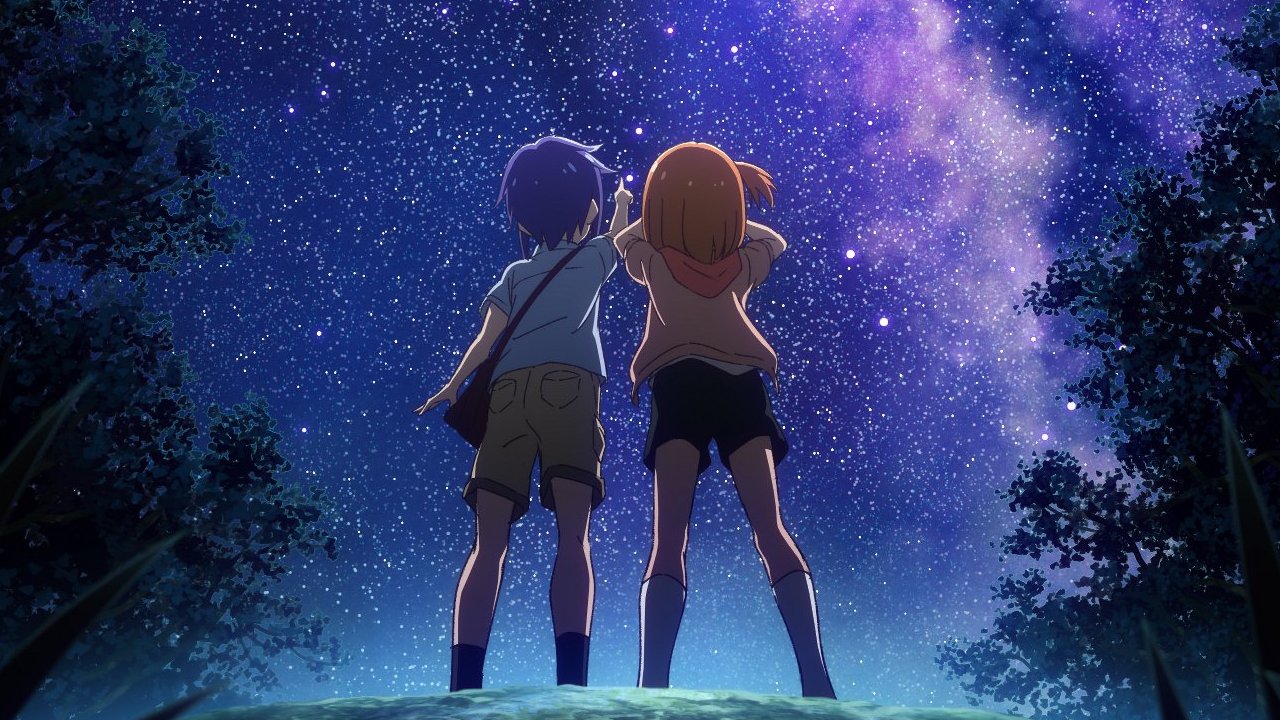 Summer 2019 will come to an end, we will reach the end of year. Fall 2019 will bring plenty excited anime, especially the new season of our favorite anime. But, it's okay to us for look far ahead. In case you have decided the anime will you watch for next season, let's looks some new anime that will coming in 2020.


As many sequels hit us this year, it's time for give the attention for new anime adaptation. Here, we will give you some information about new anime that premiere in 2020!

1. Somali to Mori no Kamisama 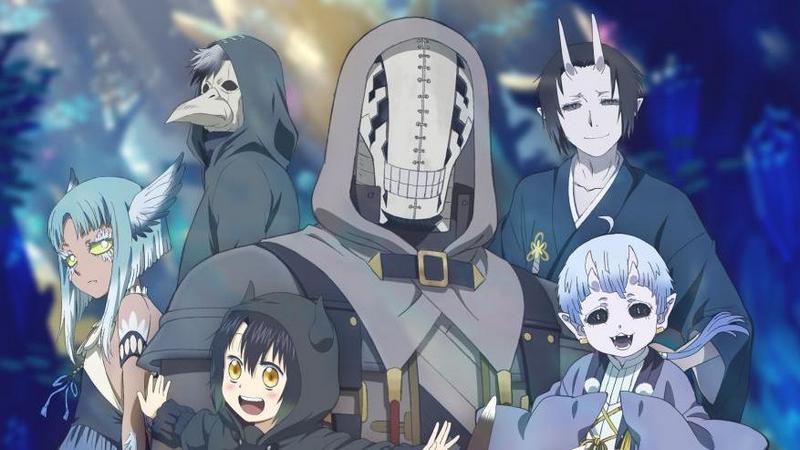 
Set in the world where spirits, goblins and various strange creatures rules. In this world, human beings are persecuted, to the very point of extinction untill one day, a golem meet a lone human girl. This is the story about their adventures together. 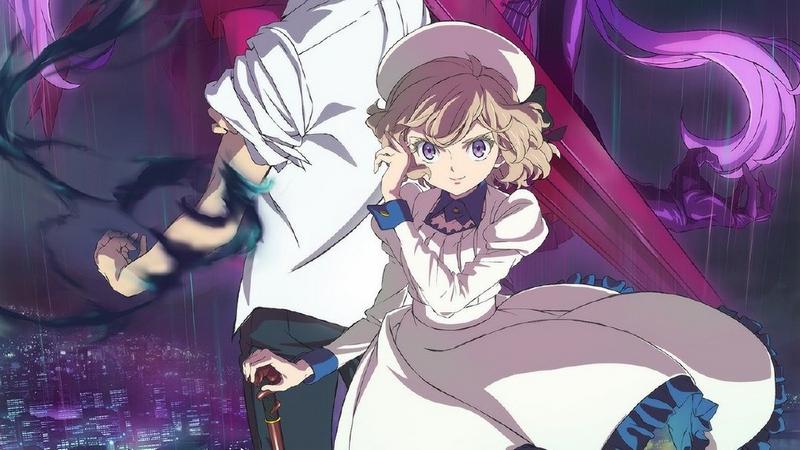 
Follow Kotoko Iwanaga and Kurou Sakuragawa whose have gained unique superhuman powers. In the age of 11, Kotoko was abducted by youkai for two weeks and asked to become their "God of Wisdom," a mediator between the spirit and human worlds in exchanges of her rigth eye and left leg, and she agreed. Meanwhile, Kotoko is a 22 year old university student.

After broken up with his girlfriend, Kotoko seeing this as her chance to become closer with him and want to get married with Kurou one day. Kotoko realizes there is something more to Kurou and ask for his help in solving the various issues presented by the supernatural. Then she is suggest him to team up to deal with renegades from the spirit world. 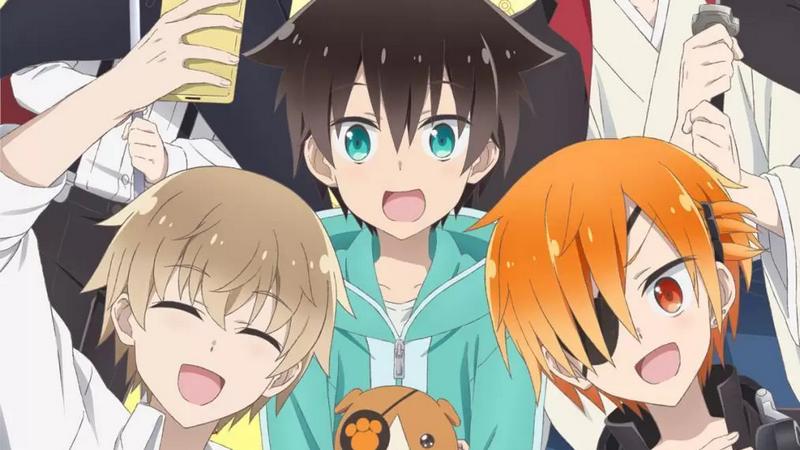 
The story follows Seri Koyuki, a high school student who want to trying have a normal school life. Instead. he acts up as the straight man to Kabuto Hanadori, his odd classmate who has chuunibyou and claims that removing his eyepatch will release his god of destruction alter ego. Seri is determined not to let himself get pushed around by Kabuto, but it seems that this will be easier said than done! 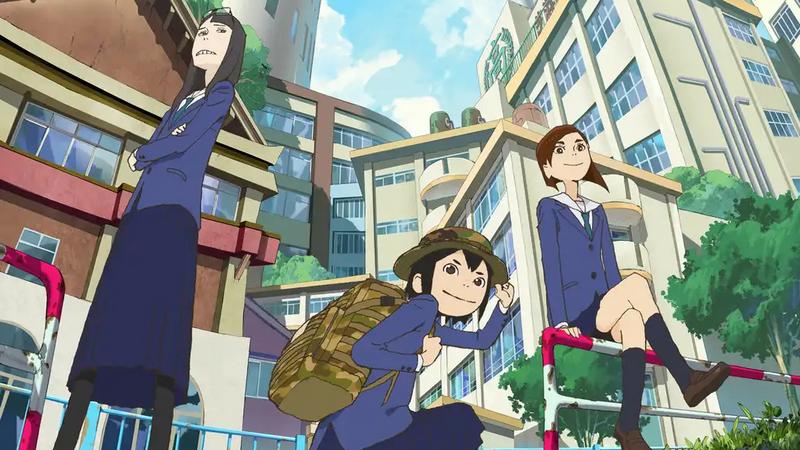 
Asakura Midori, a first-year high school girl, wants to create anime, but she is nervous to create anime alone. Laterly, she meets Tsubame, a girl who secretly has dreaming of becoming an animator. Together with Sayaka, Midori's best friend who has the financial sense, they are ready to turn their anime dreams into a reality! 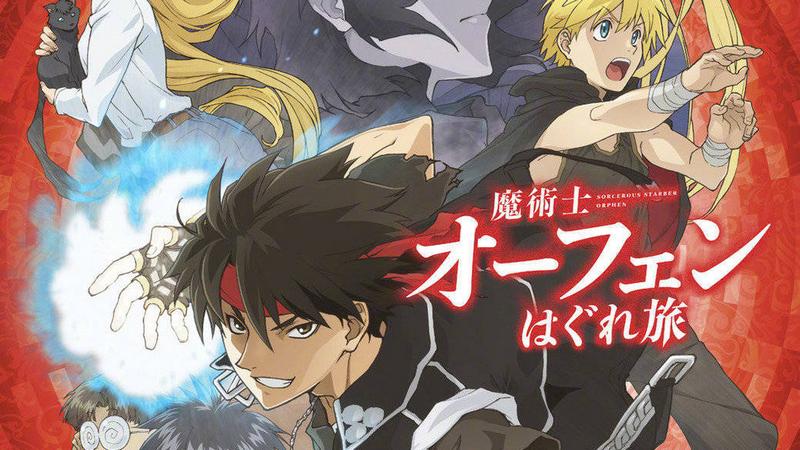 
Follow a sorcerer named Orphen that spends the time chasing around his hopeless clients as a moneylander. He was once the top student of the famous Tower of Fang. One day, his client comes up with a plan to make money by marriage fraud.

Unwillingly being dragged in to the plan, Orphen encounters a monster who has long been his goal since the day he left the Tower of Fang. Between those who seek to kill the monster and Orphen, giving everything to protect the monster, his lousy but peaceful days end. Trying to turn back his sister, Azalie, back to her true form leads to many more mysteries and the key to the secret to the world. 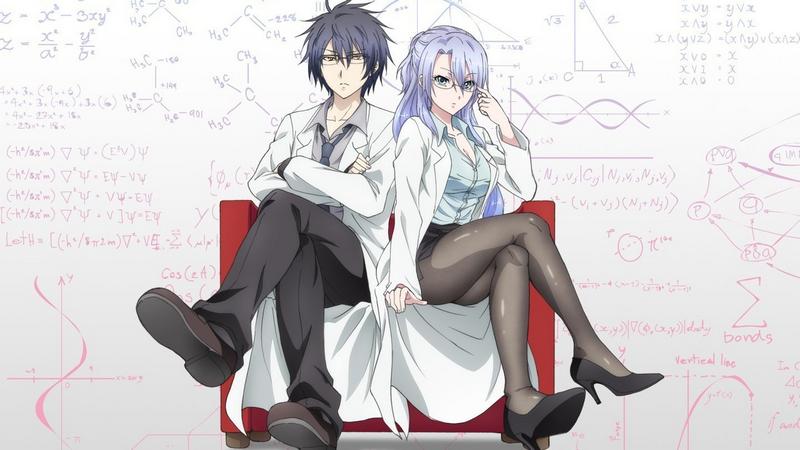 
Centers on Yukimura Shinya and Himuro Ayame, two scientist who are in love with each other, and want to find out if love can be solved by a scientific theory. They want to prove that their love can be scientifically proven, quantified and expressed factually. 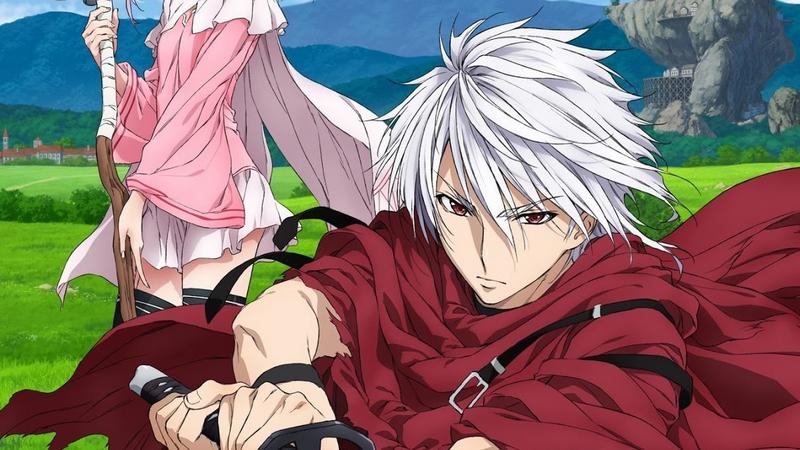 
In the year 305 of the Alcian calendar, the world is controlled by numbers. Every human will have their identity branded with a "Count." It defines anything from the number related to their life. If this "Count" has drops to 0, it will be lead them to Abyss. Hina's mother, who has depreciated to 0, have the last request for Hina to look for the Legendary Red Baron. 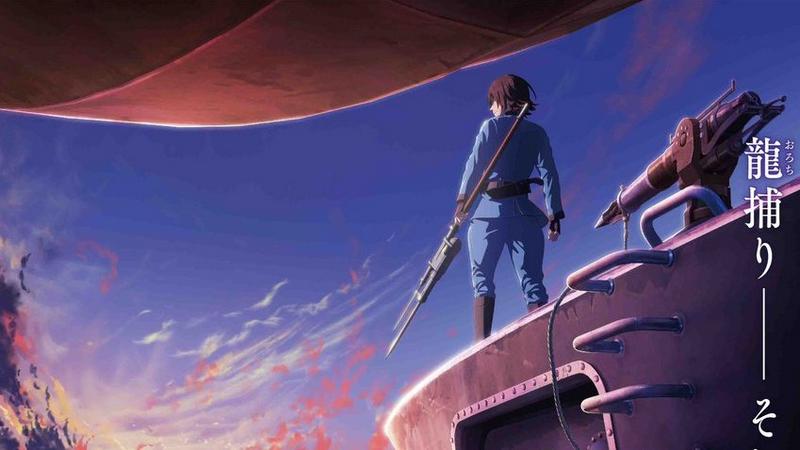 
Dragons, the rulers of the sky. To many people on the surface, they are a dire threat, but at the same time, a valuable source of medicine, oil, and food. There are those who hunt the dragons. They travel the skies in dragon-hunting airships. This is the story of one of those ships, the “Quin Zaza,” and its crew. 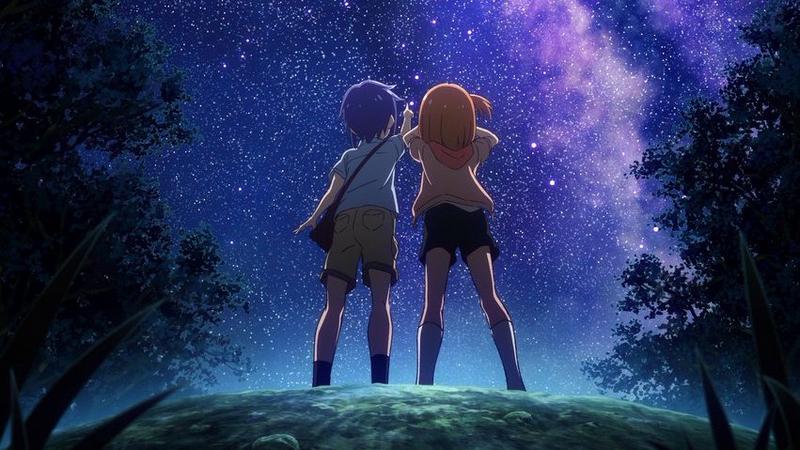 Follow Mira, a girl who dream of join astronomy club when she got into high school, after met a boy named Ao. While staring at the sky together, Mira knows that there is a star with the same name as hersefl, but no star named Ao.

They both promising to discover new asteroids, and find a new star to name it after him. The time has come to Mira become a high school student, she join astronomy club. But, she realize that the astronomy club merged with the earth sciences club. However, she reunited with Ao Manaka and shocked to realize that she is a girl. 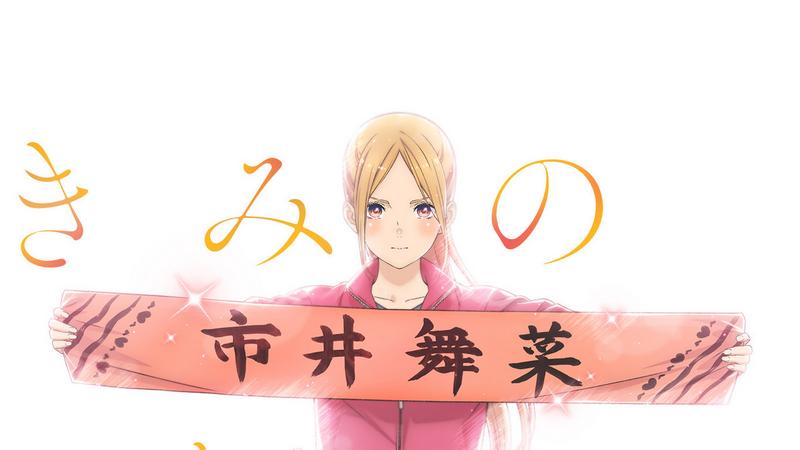 
Centers on woman called Eripiyo, who obsessed with her favorite idol, Maina. Maina is the shy and lowest-ranking member of Cham Jam underground idol group. Eripiyo will give her support until Maina can perform at Budoukan, a major performing venue in Tokyo). 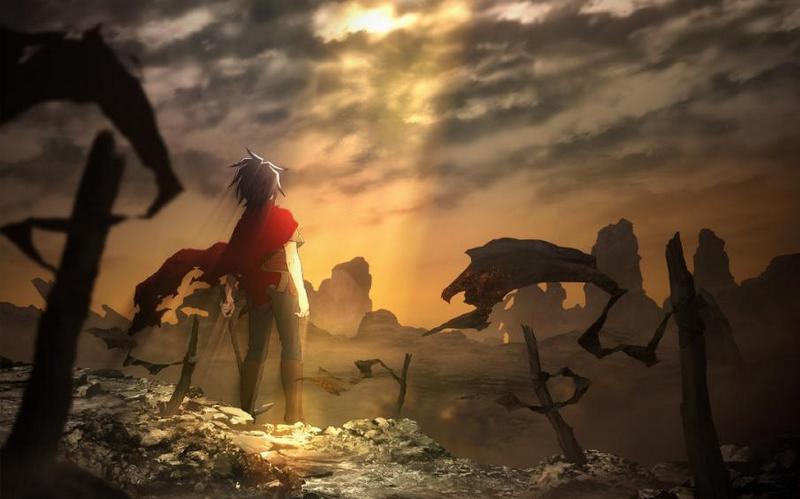 The anime will adapt the Zero Chronicle: Hajimari no Tsumi prologue event that commemorated the game's third anniversary. The Shironeko Project game launched in 2014 for Japan and 2015 in English, as Rune Story. Colopl announced that new Shironeko New Prokect action RPG scheduled on 2020 for Nintendo Switch. 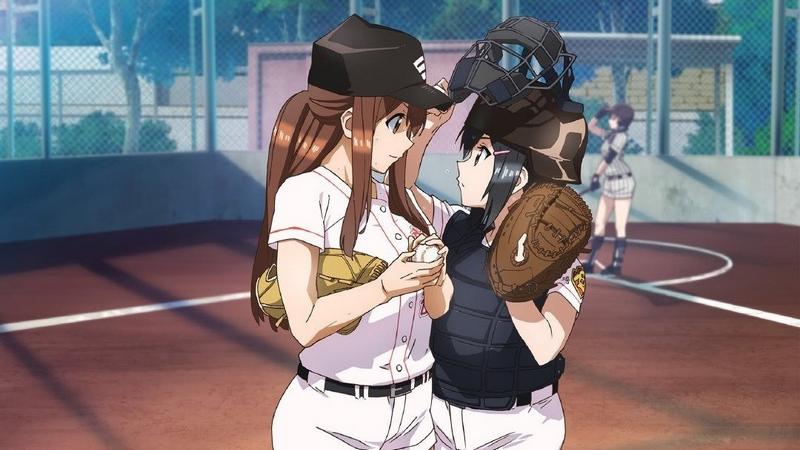 Yomi Takeda, a junior school girl who love baseball so much who decided to stop because her baseball club was not able to get far in school baseball tournament. Her teammate didn't have catcher in the same level as her, and couldn;t catch her "Miracle Ball". Later, she went to Shin Koshigaya High School, a school without a baseball club.

There, Yomi reunited with her childhood friend, Tamaki Yamazaki who used to play catchball with her when they were kids. Tamaki played baseball at Junior High school as a catcher, and can even catch the ball when Yomi pitches with all strength. They finally can fulfill their childhood promise, as the journey of the girls who love baseball will begin! 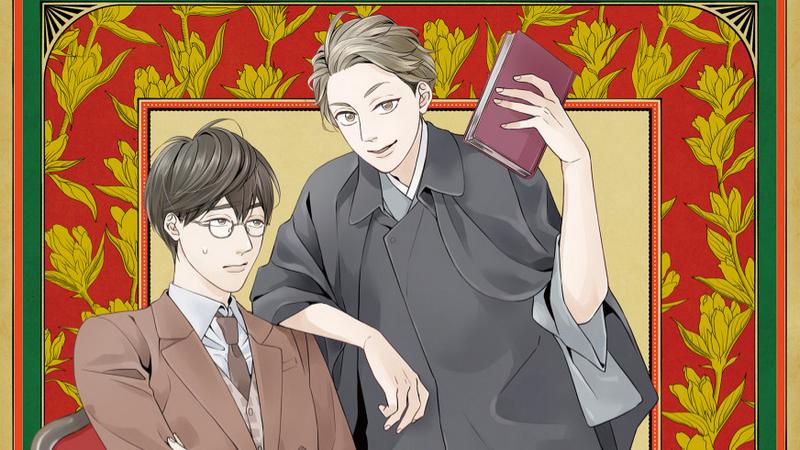 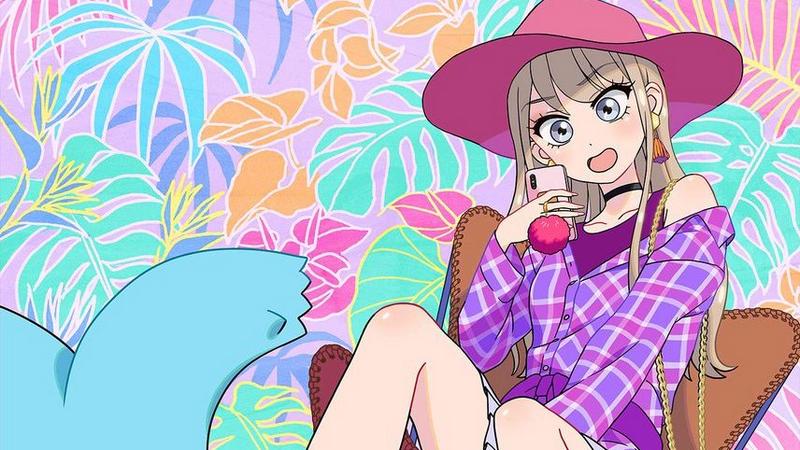 Kaede, a gyaru, picks up a dinosaur and begins living with it. The short comedy depicts their daily lives together as the dinosaur consumes human food, watches TV, and enjoys fashionable things. Thus begins the story of a gal and a dinosaur cohabiting that transcends time. FYI, the Live Action adaptation of Gal to Kyouryuu also announced for 2020. 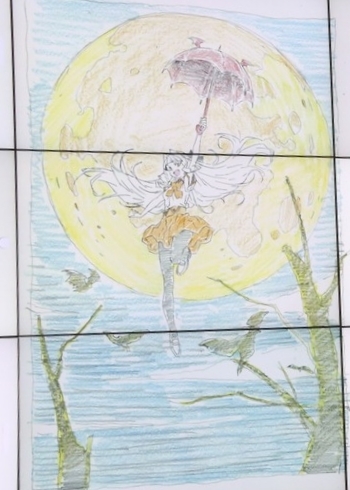 The slapstick comedy series revolves around Mai the vampire and her school friends.