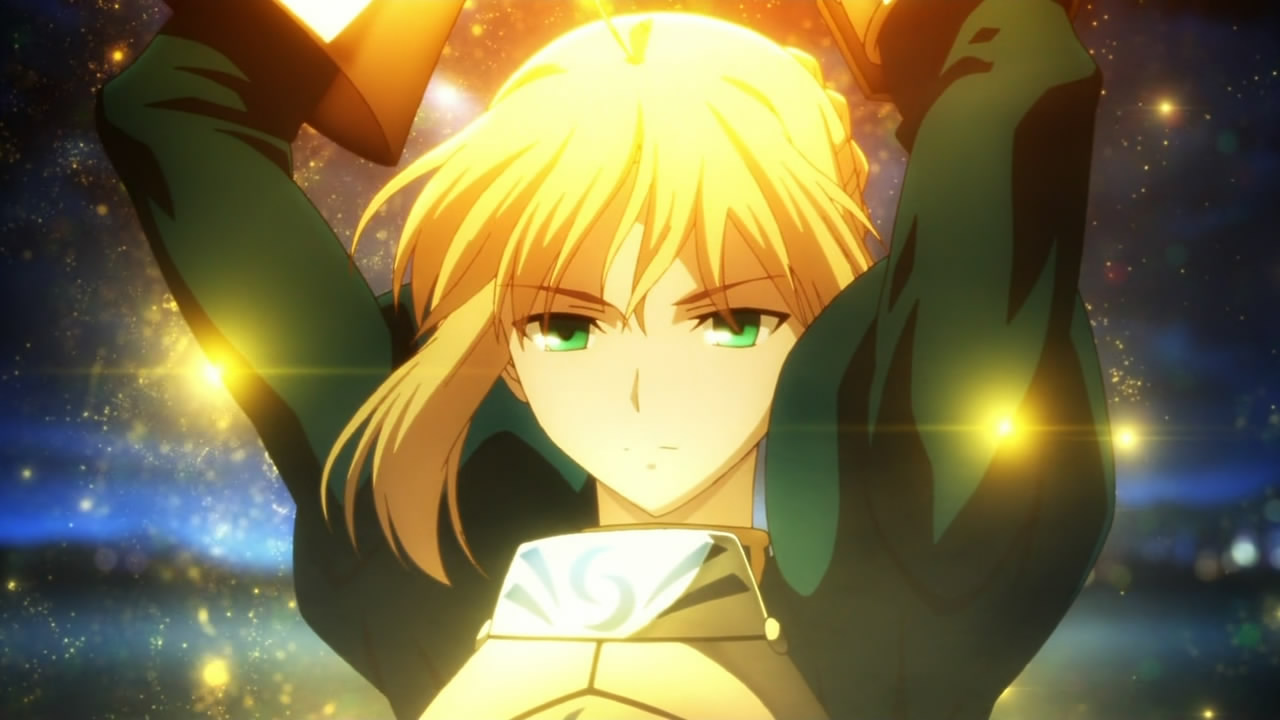 Ufotable is an Japanese anime studio known for its amazing visual and animation. The combination of effects, light reflection and cinematographics never failed make audiences amazed and make them become one of the most favorite anime studios.


Founded in October 2000 in Nakano, Tokyo by former TMS Entertainment staff and its subsidiary Telecom Animation Film. Their long journey has made special impression for fans. Ufotable started it with the series such as Dokkoida?!, Futakoi Alternative and Ninja Nonsense. Claymation sequence is their unique hallmark seen in those anime.

They become more popular for their works when adapted Kara no Kyoukai light novel into animated film. All of the films get positive reviews. Since then, they did it better and better and the fans love it. Almost all anime by Ufotable get the praise, and the fans always expect more. Now, it's time to enjoying their best works. Here is the top 10 best ufotable anime. 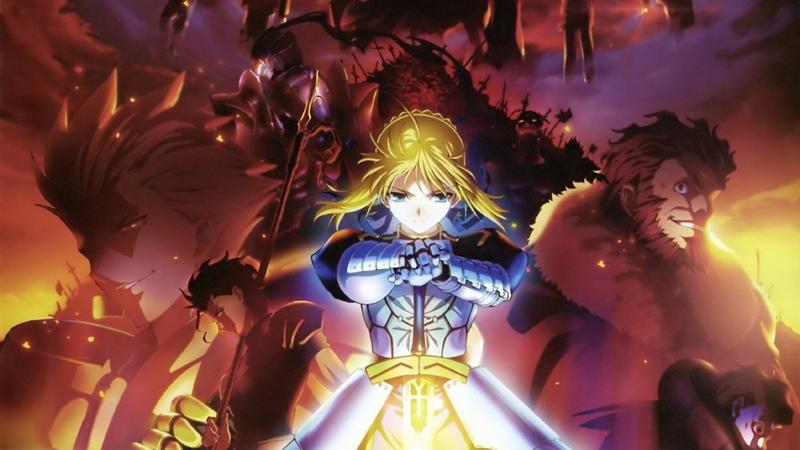 The story of Fate/zero follow the events of the Fourth Holy Grail War, 10 years before the Fate/stay Night. Centers on Kiritsugu, fighting off against six other participants, each armed with an Heroic Spirits as servant. Einzbern family confident in the Holy Grail War this time, due to a vessel of the Holy Grail in their grasp. This make them hired the most hated "Magus Killer" Kiritsugu. As binding contract, their only daughter Irisviel married with him. Saber, a servant class accompanied with Kiritsugu will soon face their true enemy, Kotomine Kirei.

Fate/zero anime is very recommended to watch. Unlike the Fate/stay Night that released in 2006 by Studio DEEN, Fate/zero make a lot of improvement on their adaptation. The visual, soundtrack and the cast, are perfect. All seven master and sevent servants depicts more interesting in this series. Though, this is the best Fate anime adaptation for me, you need to watch Fate/stay Night 2006 tv anime adaptation by Deen. For me, better to watch Fate series based on release date to completely enjoy the story. 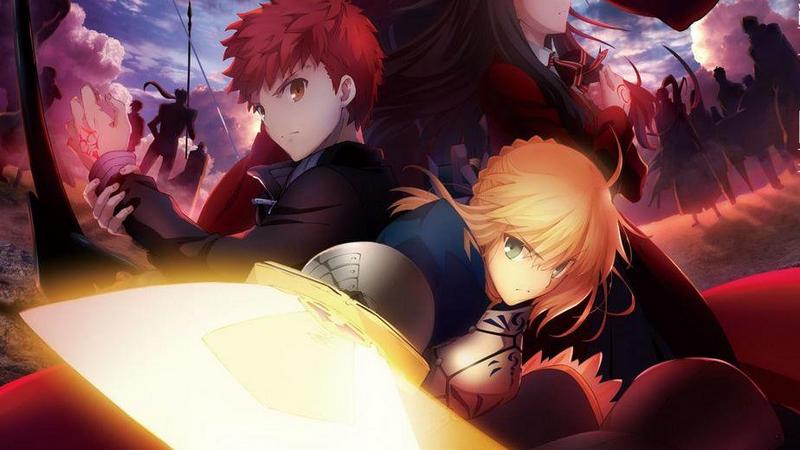 The Holy Grail War come back again, Seven masters with their seven servants will battle each other in the Fifth Holy Grail War. The Holy Grail, is a magical artifact that capable to grant any wish its wielder. Unlimited Blade Works is adapted the second route from the Visual Novel. This series more focuses on Shirou, Rin and Archer while the first series focuses on Saber and the Holy Grail War. Here, we will see the Shirou's ideals and his goal to become a hero. 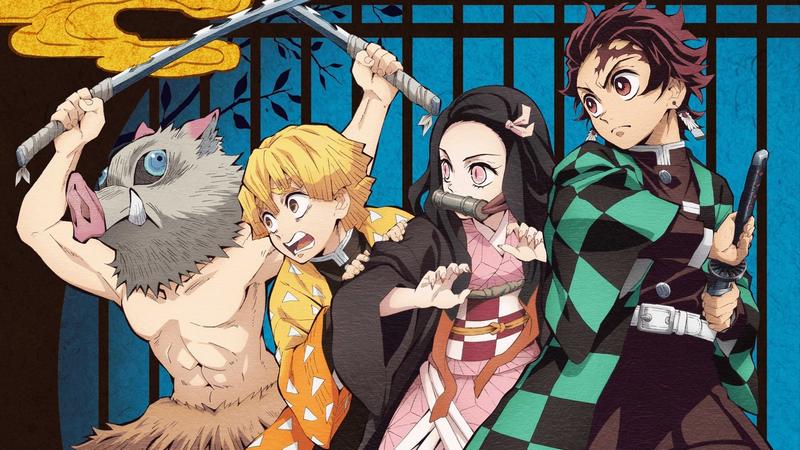 Kamado family lives peacefully and happy on the mountain. Until one day, Tanjirou, need to finds money to his family with selling charcoal. He go down to the village and sell it to people that living there. He going to home when the night, and make him stay to the house of strange man who warns him about demons. The next day, when he finally back home, his family has been killed. Only one survived, his sister named Nezuko. But she is turned into a demon. Tanjirou, fulfilled with rage and hatred, swears to take revenge his family and will doing anything to make his sister become human again.

Demon Slayer become the most hyped anime after the first episode release, and the fans goes crazy after the 19th episode. Ufotable looks give everything they have into this anime, especially the animation. The characters also make the anime more interesting, and not to forget for the one who got most attention, Nezuko. The Newtype Anime Awards 2019 were dominated by Demon Slayer, from the Best Anime, Best Seiyu and Best Character. 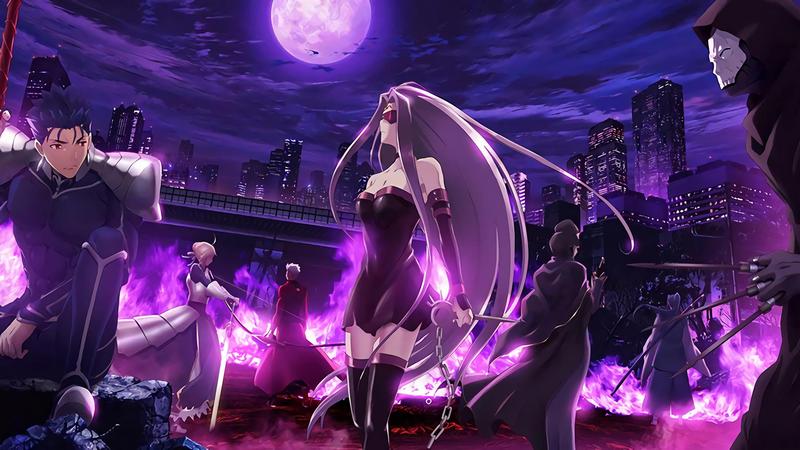 The third and final route of Fate/stay Night visual novel. The mysterious shadow that begins murderous spree in Fuyuki City make Shirou and Rin become allies in order to stop the death of countless innocent people. But, Shirou's feeling towards Sakura leads him into the dark secrets surrounding the war.

This route focuses on Shirou's relationship with Sakura. This is the best route of the Fate/stay Night and so is the darkest. Currently, only two of three films that has been released. The third movies will opens in March 2020. 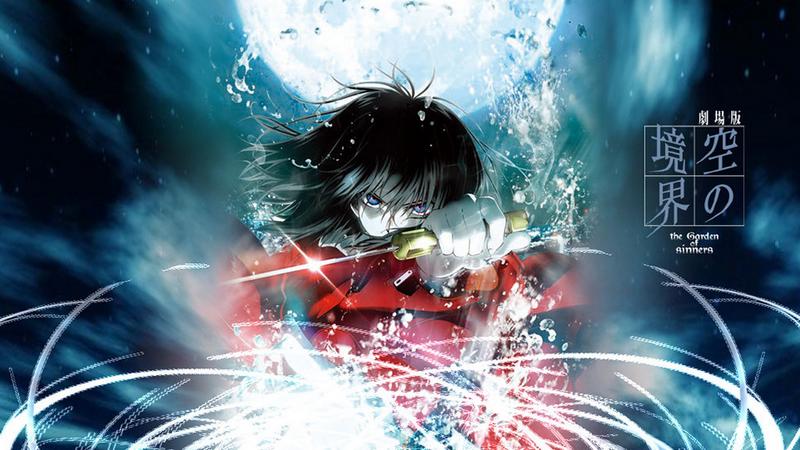 Centers on Shiki Ryogi, a teenage girl raised as a demon hunter. After an accident, she acquired Mystic Eyes of Death Perception which allows her to see, and bring, an end to all things. In September 1998, random suicides lines happened in Japan. All the victims are schoolgirs, and have jumped from the top Fujou Building. It's actually an ancient building that scheduled to destruction soon. To investigate it, Toko Aozaki sends Shiki and Mikiya.

Kara no Kyoukai is based on collaborative works between Nasu Kinoko and Takeuchi Takashi, which later formed the legendary TYPE-MOON group. Kara no Kyoukai is not an ordinary anime that many people will like. It's a heavy theme dark fantasy that full with disturbing elements in it. However, the visual is extraordinary as usual by Ufotable. This isworth to watch series for you who love mystical and philosophical story and mature enough to deal with it.

6. Tales of Symphonia The Animation 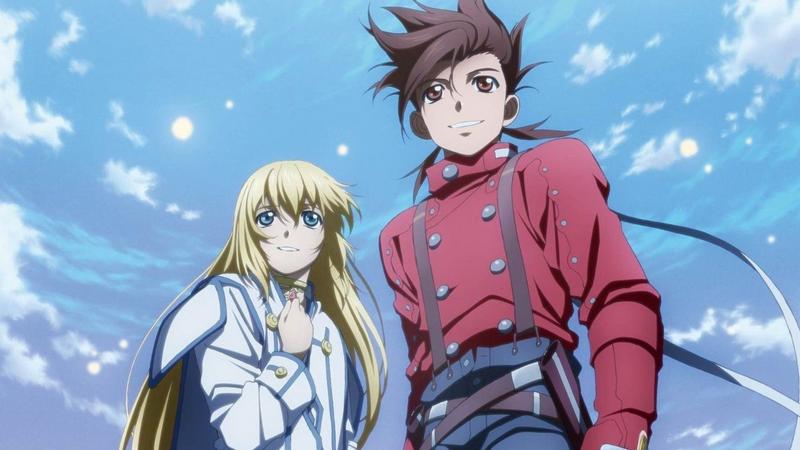 Mana, the spiritual energy that sustains life. The world without mana will bring it to the extinction. Collote Brunel, a young girl, is the choosen of Sylvarant. Accompanied by her friend Lloyd Irving and Genis Sage, a mercenary named Kratos and a half-elf named Raine sets on the journey to save the world.

The series is adapted from video games with the same title. The anime version have total 11 episodes from 3 OVA Series. The story is really good, bring it with audiences emotional. And as always, the great animation by Ufotable will satisfy your eyes. 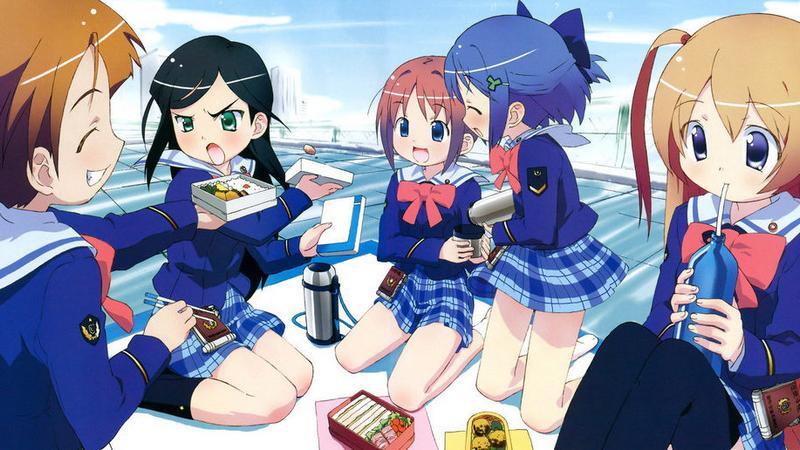 Sets in future Japan where the birth-rate dropped dramatically. It's make the schools have less student and lead many children start working and skip the school. As a result, many schools closed. Amamiya Manami, the main character of the series, transfered to Seioh High School. She is a cheeful and energetic girl, and determined to enjoy her school life. She later become the student council president, accompanied with Mika Inamori, the only student council member.

Good series. Bring the funny story in school life with cute and loveable characters. The story is simple yet solid and growing up. The classic anime that not most of people like, but worth to try watch it.

8. Emiya-san Chi no Kyou no Gohan 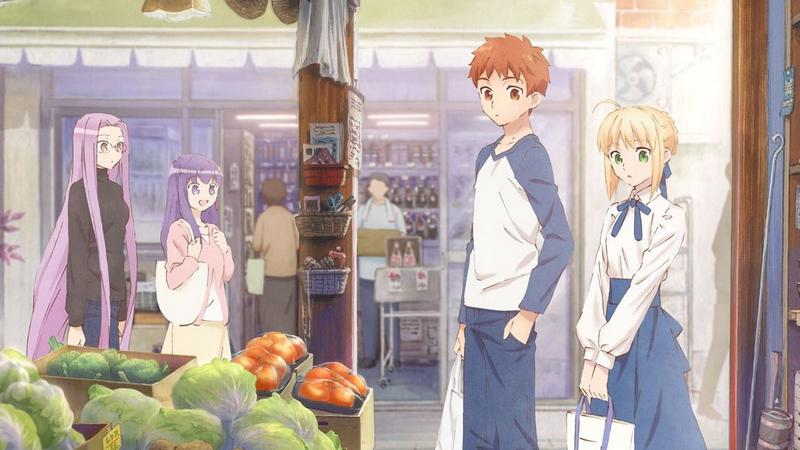 Set in the alternate universe resembling Fate/hollow ataraxia where the Holy Grail War no longer haunted the Fuyuki City. It's the place where Shirou Emiya lives peacefully whit his family and friends in Fuyuki City. The story follow Shirou Emiya cooking various kind of Japanese modern dishes for them.

Shirou daily life is looking for unique ingredients for various meals he can cook with limited budget. His cooking skill often attract guests from all over city. As he cooking dish step by step, his guests gathered up in the living room.

9. Tales of Zestiria the X 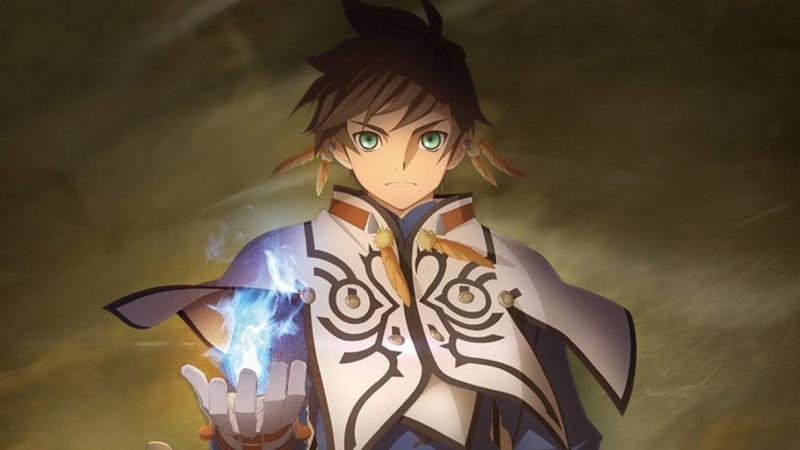 Tales of Zestiria X (Tales of Zestiria the Cross) is a Japanese tv anime series based on Tales of Zestiria and Tales of Berseria video games. Sets in the world where Humans and Seraphim live together in harmony of years ago. Seraphim is a race of divine beings who give blessings to humanity and in return the humans prayed to them. Seraphim have magical powers and abel to control the element such as earth, wind, water or fire.

The humankind was awash with terrible emotions, make them easily turn into monsters. It hapenned in the are with high negative emotions, created dangerous byproduct called malevolence. It's turns any negative living creature into a monster. While Seraphim are turned into powerful dragons, all other living creatures turned into monsters called Hellions. The Shepherds, who have ability to see a Seraphim's ephmeral form and and interact with them become living legend with the power to purify all Helions.

This is become legend, no one seen Shepherd or Seraphim in hundreds years. The Celestial Records is the only one to speak the existence of Seraphim and Shepherds. This is the story about Sorey, a young human who has spent his life living in harmony alongside the Seraphim in the village of Elysia who fascinated by the myths of the Celestial Records. His dream is create a world where Seraphim and humans can coexist again.

He explores the nearby ruins with Mikleo, finding about Seraphim's history with mankind. But, the trapped in the depths of historical site and come across a mysterious girl who seeks for help of a Shepherd to save the world, which is failing into darkness. Sorey decided to help her, and leads him closer to his dream. 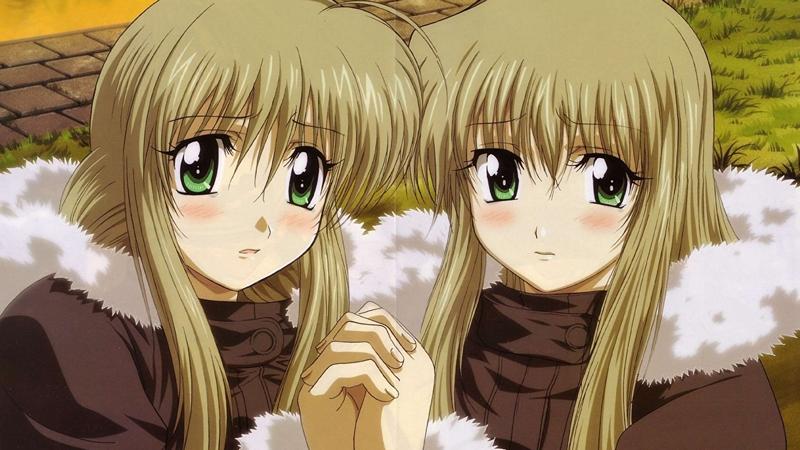 Futakoi Alternative animated by 3 studios, Feel, Studio Flag and Ufotable. The anime tells the story of Rentarou Futaba's detective agency. He has taken over family business after his father's death 3 weeks ago. Along with Sara and Soju, twins who move in with him and work as secretaries at his agency.

The show features many characters from original Futakoi, though the story and settings are completely different. It's core is a love story, despite it never settles completely into any one genre from episode to episode.